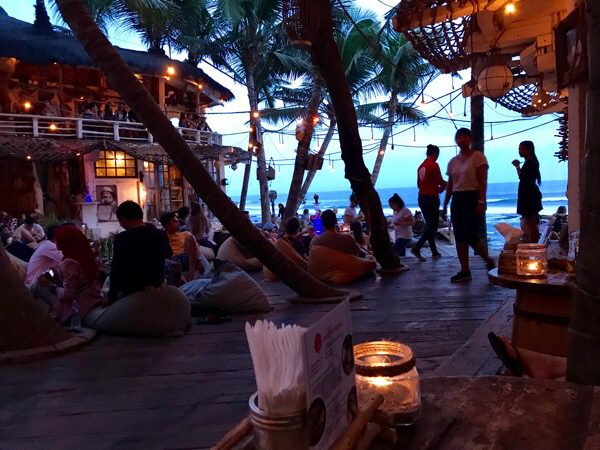 Years ago I made a cover for a book called “Not For Hire.” The aim of the book was an announcement to the world that I could not be bought. It depended on making so much money with my own passion projects that I never needed to take on work I hated.

Some people call this level of success “F*ck You” money but I’ve always found that crass.

And as my brand evolved, I’ve seriously focused on providing value over pursuing passion.

I don’t believe there has to be a choice made between pleasurable pursuits and paying projects.

I think you can do work that you enjoy and get paid handsomely for it – but only if the work you’re producing is valuable enough to enough people to earn a living wage from it. So the real secret is learning which kind of pleasurable work is also the most profitable.

A few days ago I had an epiphany that faded quickly, because I pulled out my phone to write it down while my wife watched in disbelief because we were already late, moving from one country to another, but it was something like this:

The entire phrase “Work for a living” has got to go. As in, “everyone had to work for a living” or “eh, it’s a living.” Doing something you don’t enjoy for eight hours a day to pay for leisure activities you do enjoy is a modern trap we’ve grown accustomed to, but I refuse to do it any longer. OK, actually, I haven’t had a 9-5 job for the past decade, but most days I still spend 12 hours behind a computer, and feel a constant sense of dread and guilt about the work I’m “supposed” to be doing.

That’s why I’ve been trying to quit client work in earnest for the past three years, building up multiple income streams, including several new passive income streams. Things have been tight, as I moved from active to passive income, but for the first time, at the end of 2017, I’m *just about* making enough to live on, without actually working for a living (meaning, my wife and I are free to live our lives, travel, and pursuit our interests without either of us actually working for it).

Actually, I’ve course, I’m still “working” – the difference is I’m not selling my time to any one specific person. There are several exciting things about this, chiefly that:

I’ve been plotting towards this moment for years. I used to use the term “retire” but my mom doesn’t like it; and it’s not exactly fitting. It’s not like I plan to stop working. Instead, I’ll be working on more meaningful, more lucrative, more important things. When I mapped out my strategy for creative independence, I envisioned six stages:

Most creative entrepreneurs only aim for the 4th – making enough money from their creative pursuits to quit their day jobs and be fully in control of their own time. But that’s not enough for me. I don’t want to work for a living. I don’t want to trade time for money. I don’t want to barely scrape by. I want to command a world-changing creative genius. I want to build a supportive tribe with cumulative benefits for members – one that gives us purpose and inspiration. And I want to reach the sixth stage, which is to be a beacon of light, leading others forward, confident in the knowledge that all things are possible.

I started this blog in 2011 but did very little for the first few years. At one point I decided I was going to be “Free by 2015” so I’m a bit behind but getting closer.

I also don’t think the goal of travelling is as much a lure as it used to be – my wife and I have been on the road for the last 3 years. We spend about 4 months in Asia, Europe and America each year. We’re running out of sites to see, and aren’t really tourists anymore. I don’t think we’ll ‘put down roots’ but some stability to work and have a higher quality of life would be nice.

Now that I mostly have my time back and am beholden to no master, I can finally turn my attention to some projects I mapped out years ago.

In 2018 I want to finish at least one complete series, and finish 6 new novels.

This is actually 11… I may not get them all done.

The last two have broad commercial appeal, so I’d like to focus on writing and finishing those quickly and getting the full series out. These will be longer series with shorter books – around 60K each (half the length of my full novels, which tend to run long).

Once I have several in each series, I can start running ads until I get up to 10K a month in book sales. 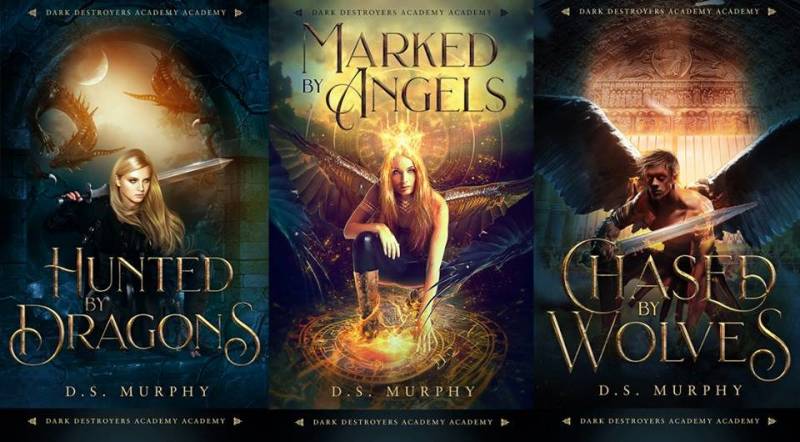 In 2019, I have two more urban fantasy series planned and can continue working on finishing all the series I’ve already started. If I’m writing full-time, I should be able to finish a new book every month.

If you want to learn how I write books that sell, read this:

My previous nonfiction has been extremely specialized guides to publishing/book design, or deeply academic treatises on mythological symbolism. For years I’ve been wanting to write a manifesto to Creativindie, and I think 2018 will be the year I finally pull it off. Probably titled “Paid to Create” it will deal with the philosophy of artistic production and value, living a meaningful and purposeful creative life, and actually making a living as an artist and a writer. To pull it off the way I want, however, I need to grow this platform correction – I might start a podcast so I can start interviewing all the amazing artists and authors I’ve made in the past decade. I might start posting more literature / historical anecdotes of famous creatives and how they produced and marketed their best work. I want this platform to focus on supporting creative people so that they have the confidence and ability to FINISH their valuable contributions to the world.

I feel like, as a brand, my USP (unique selling position) is that I have a PhD and LOVE research – that too often gets lost in my casual or haphazard writing style. I get too excited to share and post random bits of everything, but in 2018 I’ll start getting organized around my best self – “intelligent conversations about art and literature”… mixed in, however, with my deeply held conviction that creative people should be earning more money than the average office worker; and my disdain for high-brow idealism that some artists and authors have around the notion of producing obscure work that satisfies nobody.

I’ll also finish a few side courses and one more main course next year – and I’ll be investing big in platform growth with ads.

If I start a podcast, revise my platforms and lead-gen offers, fix my autoresponders and landing pages, I should be able to sell a course a day for around 10K a month. If I hit 10K a month with fiction also, I’ll be making lots of money; but I’ve made money before and never managed to save it, because I reinvest heavily in new tools or courses or let too much slip through my fingers. Making more money isn’t my goal in 2018, it’s working less (not at all) for other people, and entirely on my own projects. Saving money, however, is a worthwhile goal and a personal challenge.

For the first time ever, I ended 2017 with a little bit of savings – more than I could manage previously. At the end of 2018 I’d like to have a significant nest egg.

What are you working on? What are your 2018 goals?
You can let me know on Facebook: