White book covers on Amazon, again (do you need a border?)

If you’ve read any of my articles on book cover design, you already know I don’t agree with the standard rules most indie authors keep reciting. They say stuff like:

Incidentally, while indie authors understand the importance of book covers, and keep writing articles about book cover design, the majority of indie book covers continue to be tragic. Some, are surprisingly good, even amazing. But I’d like to point out that the “rules” aren’t followed by major publishers.

You could argue that indie authors are more desperate – they don’t have big marketing campaigns so they need to use any little hack and advantage they can find. And if readers of your genre are stupid enough to be reeled in by bright colors and bold text alone, that kind of cover designing may work.

To me, that’s like a guy ringing your doorbell and then opening his overcoat to flash you with his sordid wares. Will he get a buyer? Possibly… but he’ll scare off a lot of more conservative people, and nobody will take him serious as a professional.

In brief, the rules are not wrong, but following the rules does not equal good design, and good design does not require following the rules – thumbnails are too small to do anything except convey the feeling of professionalism. You can tell if a cover is well-made or home-made even in the thumbnail view, regardless of whether you can read the fonts or whether the color is striking.

But the argument about white book covers is interesting, so let’s examine.

I would counter that, “not having borders” isn’t the issue with that cover in the middle. The problem is too much text, a tiny image and small, boring fonts.

Again, strangely enough, the white cover has a boring, unclear image and small fonts. So these aren’t great examples.

But this is what I want to point out: are those white covers invisible? Do you automatically skip over them unconsciously, or dismiss them because you can’t make out where the cover ends and the page begins?

It’s true the cover is boring… I’m much more drawn to the Habit Stacking, SMART goals or Life Hacks covers, where use bright, strong colors. The “Excel” title is so big and bold it’s impossible to miss.

But when you skim over these covers quickly, is it possible that the image and the smaller text of “Less Doing, More Living” causes you to slow down and look a little closer, to read the title and figure out what the book is about? If all the other covers have clear borders, is doing the same thing a competitive advantage?

Here’s a copy of my book “Book Marketing is Dead” on Amazon. I don’t use borders, although I did frame the title with red lines to make it stand out a little. Compared to the other three, which all follow the rules (solid, bright colors, big bold fonts) my cover is pretty drab.

I do really like the colors and fonts in “Say Goodbye” .. that cover is nicely done.


Am I losing sales by not being bright and bold enough?

I like to believe readers won’t click and buy whatever is bright and shiny and bold. Whatever catches their attention the most.

I also like to believe all women don’t go chasing the guy who drives the brightest, most expensive car and talks the loudest at a party.

I believe there is room for subtlety and intelligence.

To me, the real trick is showing up on a reader’s Amazon page at all. Once you’re there, readers will review the title, price and reviews (in an instant) and if they want to find out more, they’ll click. Then they see your big, full cover up close. What was once subtle is not stylish and beautiful. What was once bold and bright is now garish and discomforting.

To use another example: some girls put on far too much makeup to look pretty at a dance club where they know the lights will be dark. They’re trying to stand out when they get seen from across the room. But if later you take them out for coffee at a brightly lit convenient store, all that extra makeup will make them look trashy.

Whereas, on the other hand, well-applied, subtle makeup may get overlooked in the bar, but out in the real world it looks much better, much more refined and classy. What I caution clients against, is focusing on the thumbnail and ending up with a trashy cover that doesn’t look good up close.

But there can be a balance.

Here’s Jim Kukral’s upcoming book – Go Direct. The text is large, bold and clear. I like the black, rounded border – and it also meshes well with the design, like the black line emphasizing the author name. 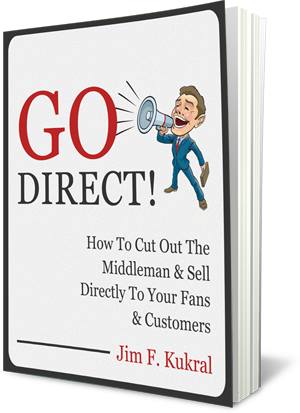 Here’s one of Joanna Penn’s covers.

She chose to add a border, but we continued the color on to the spine. We could have gone full color to ‘stand out’ more on Amazon, but that kind of contradicts the mood of the book, don’t you think? (Not all book covers need to be extroverted. No all readers will appreciate extroverted covers). 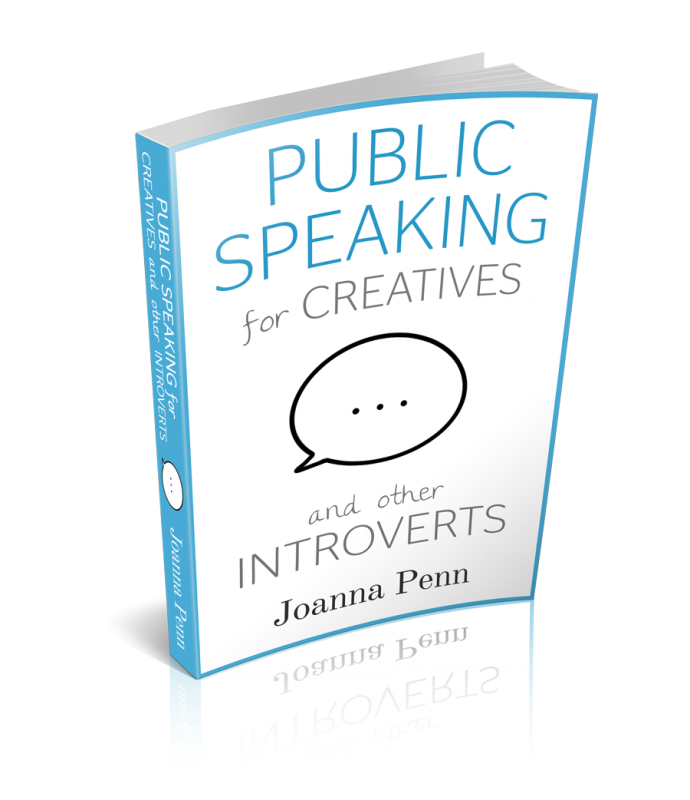 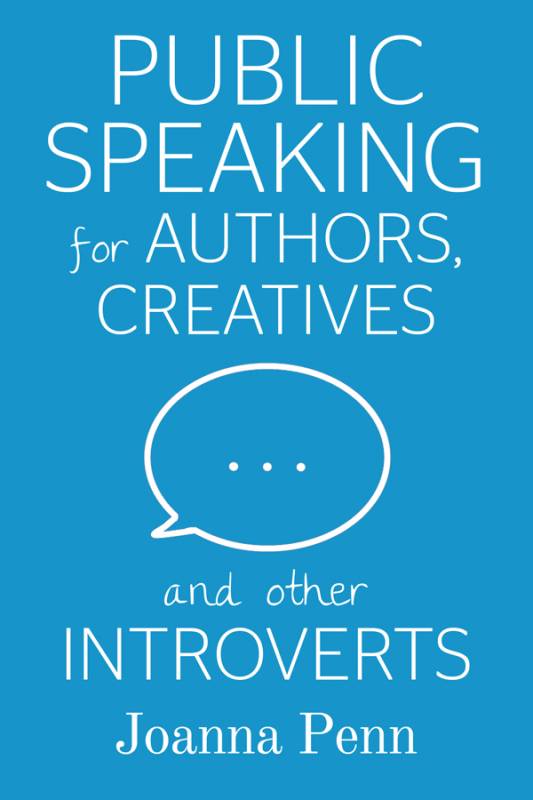 Speaking of Joanna, here are some more of her covers. Obviously the fiction covers stand out more, but look at “How to Market a Book” and “Career Change.” One has a red border separating it from the page and marking the edges of the book. Does that difference alone matter? In fact I think a border on Career Change would be distracting. 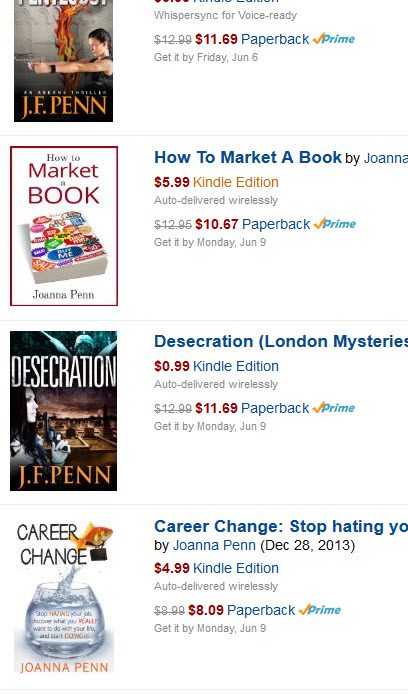 What you want, if you do a white cover, is a big, clean, obvious image, hopefully something interesting, or some big clear text that fills most of the space. You need something there. But the border itself is pretty much irrelevant.

I’m fairly confident you won’t see a difference in sales by adding or removing a border. It’s not like readers will embargo the book because they can’t make out the edges of the cover.

I can add a border, and I do if clients ask, but I won’t automatically suggest one.

Personally the issue doesn’t bother me, and a lot of bestsellers use all white and don’t consider how it will look on Amazon (you can go to the bookstore and pick up all the all white covers and imagine if they all had a border around them… I think it closes off the design, and makes them smaller).

Here are two excellent covers with a mostly white background – both of them would be ruined by adding an unnecessary border.

(If you need to add a border because your design doesn’t stand out enough – that’s a design problem that the border won’t fix!) 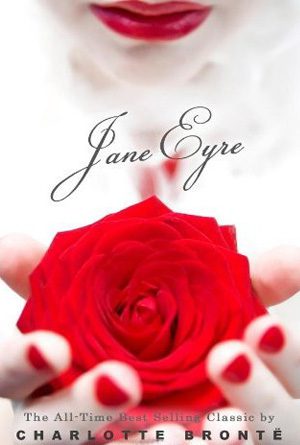 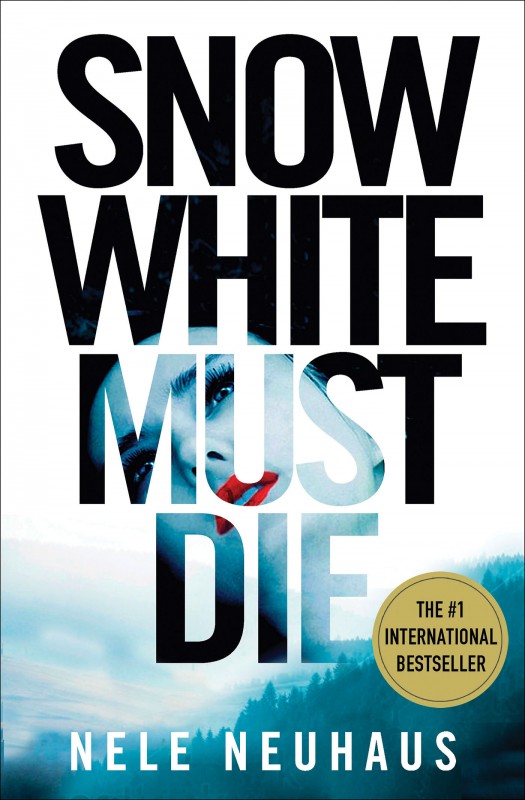 I’m working on a cover for Lisa Nordquist’s upcoming book, Love Yourself Fit. We decided to go with a simple and clean image that matches the style of her website design. Now Lisa is concerned (after reading all the advice online about it) that the white cover will disappear on Amazon. 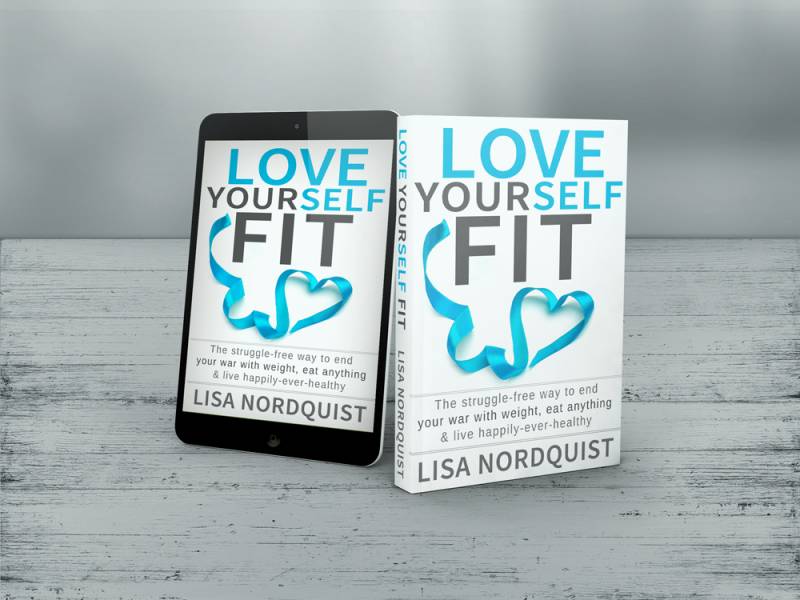 We could add a border, it would look something like this: It’s not bad. It is brighter (if we choose the bright blue…) 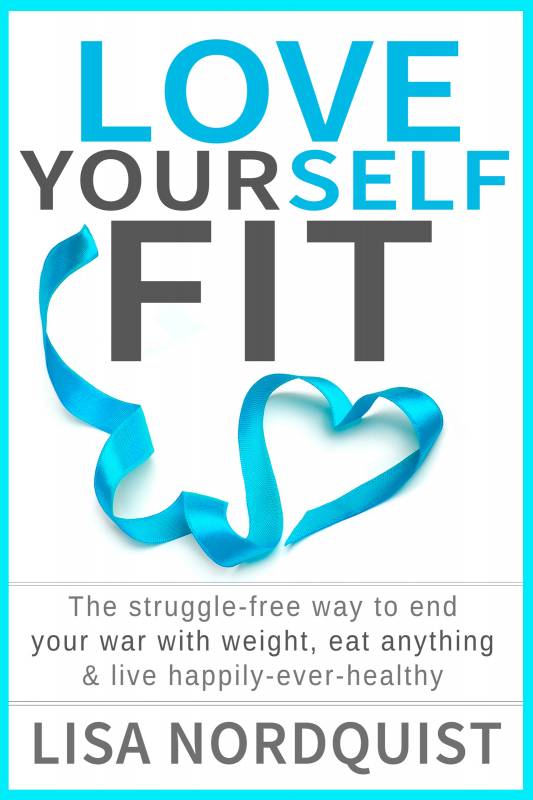 Is how a book cover appears on Amazon important? Yes.

But I don’t think most indie authors know what elements of cover design matter, or sell books.

I also don’t think they do any statistical research on the matter, or test different versions of covers.

I see a lot of articles about book cover design that conclude with ugly examples – it’s very possible an author is successful because their story is good and they misinterpret the impact their cover design is having.

Should your book cover (even as a thumbnail) be clear, strong, nice to look at? Yes.

But it needs to be even more amazing when they click and see the close-up version.

Will a book fail simply because readers can’t figure out where the edge of the cover meets the page, leaving them to flail about in uncertainty and existential crisis? (Does it break their brains to the point where they just can’t stand it?) No. They probably never notice. If you use a white cover, make it strong, make the picture bigger and closer, use big text. Or use a solid color background, or color panels, or full cover art.

Just don’t ruin a great cover by forcing a border on it. That said, nobody else is really going to care… so if you want to do it, go ahead.

But please test out both for a few weeks, on and off, so you can keep track of the effect a border has on sales, and let me know so I can add it to my research!