I made this video in the last few days of Thailand, while in the process of reviewing several dozen applications to write with me – to be fair, none of the samples we received “sucked” … some were infuriatingly “good”, but didn’t hold my attention, were too wordy, trying too hard, overwritten and distracting.

I boiled it down to six big red flags or turn offs that might appear to novices as good writing, but are actually signs of amateur writing. Get the checklist down below, then sign up for my free course on self-editing.

This generally means using too many big words instead of just a few of the right ones. Insecure writers repeat themselves, or heavy-handedly repeat their own jokes or punchlines, or over-explain to make sure readers get what’s going on. It can also mean “purple prose” – fancy, complicated, long sentences that bounce around. The words are beautifully put together, but distract from the story. The words don’t matter: the story, conflict and characters matter.

This is when you casually mention everything, even things that don’t matter. If you show something, it needs to be relevant to the plot; or have a purpose. The words you choose to describe what’s in the room will influence the reader’s mood and what they see. The positive or negative tones; the body posture and clothing; the colors… everything matters. If it doesn’t matter, don’t show it to readers.

Readers will skim for action – something needs to be happening, now; something with conflict, something interesting. If you have more than one page of backstory, description, flashbacks, or sitting around talking or thinking, readers will get bored. Hook attention with CONFLICT and SYMPATHY. If they don’t care, they won’t read. Characters need to be oppressed; which means they don’t have or can’t have what they want, which creates tension. 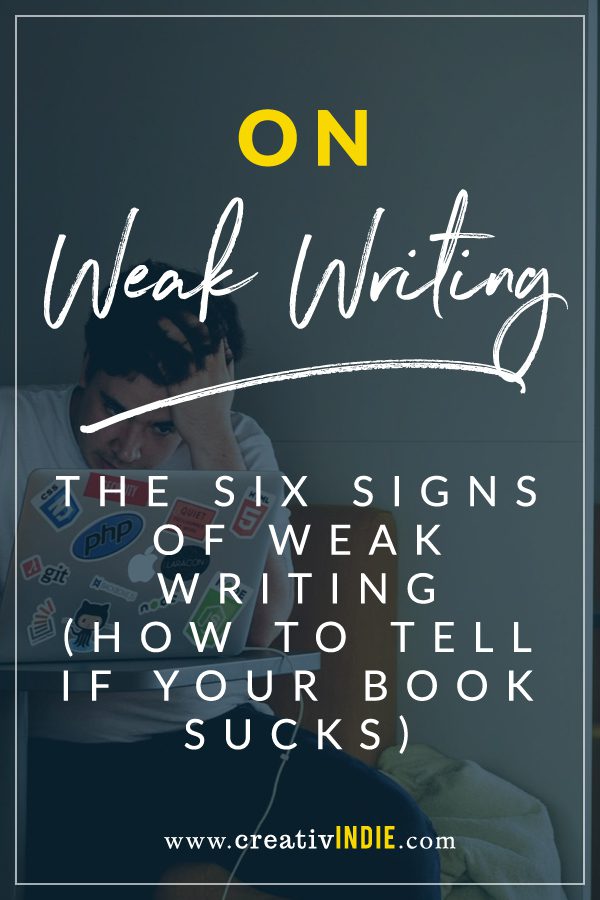 Your characters need to be feeling the right feelings at the right times, and not flip back and forth. In a tense action or fight scene, they probably won’t be joking and flirting (depending on the genre). If people die, if they fail, they should feel sad and down for awhile, maybe snap, maybe get angry. But most of the time, they have an emotionally stable base – which means they won’t be laughing hysterically and then sobbing, rolled up in a ball in the corner. This kind of emotional extreme MIGHT happen once or twice in the whole book, towards the end (happiness = they feel calm and secure, with friends and satisfaction. Won’t happen in the beginning. Sadness = save for the tragic failure near the end of the book). If you give too much emotion too quickly, the really powerful stuff later in the book won’t be as impactful.

Be careful with backstory. Save it until AFTER readers care about what’s happening (CONFLICT + SYMPATHY). Hook with action. Also be careful about hiding the best action scenes off stage, with 3rd party reporting or summaries of what happened before. Try not to dive back into flashbacks, explaining what happened months or years ago. Stick with the present. Show the scenes. If you have to do backstory, try and have it in a tense discussion (active, present). Give just enough information as you need. Describe the now, focus on the present, make sure they can see the scene.

WHY: because if it already happened, there is no risk – there’s no real danger or threat – there’s no actual conflict. IF you add backstory, save it until the characters are safe and bored, so they can process/discuss/figure things out. When in danger, or a tense action scene, they won’t be thinking about the details.

Also be careful about past participle “he had gone, they had been” etc.

This is only necessary if you’re applying for something, but you want to try a range of samples and styles, so you don’t just have one standard writing style. You will have your own voice, but stretch your talent by experimenting/mimicking bestselling books in various genres and see if you can write something in that style. Prepare a diverse portfolio of samples to demonstrate you are capable of more than one tone.

Write ten first chapters: focus on the FIRST chapters because if you don’t learn how to read first chapters, nothing else matters.

If you need more help, my Bestseller Blueprint course is awesome (this link will get you 75% off). I also offer personalized literary critiques and manuscript reviews.

UP NEXT: The 5 stages of self-editing your novel needs!

Hey there! I'm a philosophy dropout and book cover designer with a PhD in Literature. After spending a decade as a starving artist, I vowed to create the life of freedom my restless spirit demands. I covet a cabin full of cats, where I can write young adult fantasy novels and do a few editorial critiques to pay for my cake addiction. Sometimes I live in castles. FREE GUIDE: Book Marketing is Dead.
@creativindie
Previous 20+ Amazing Writing Retreats To Check Out This 2019!
Next Why you should never hire a publicist for your book (do this instead)

Pronoun is dead: this is why the best self-publishing services go out of business