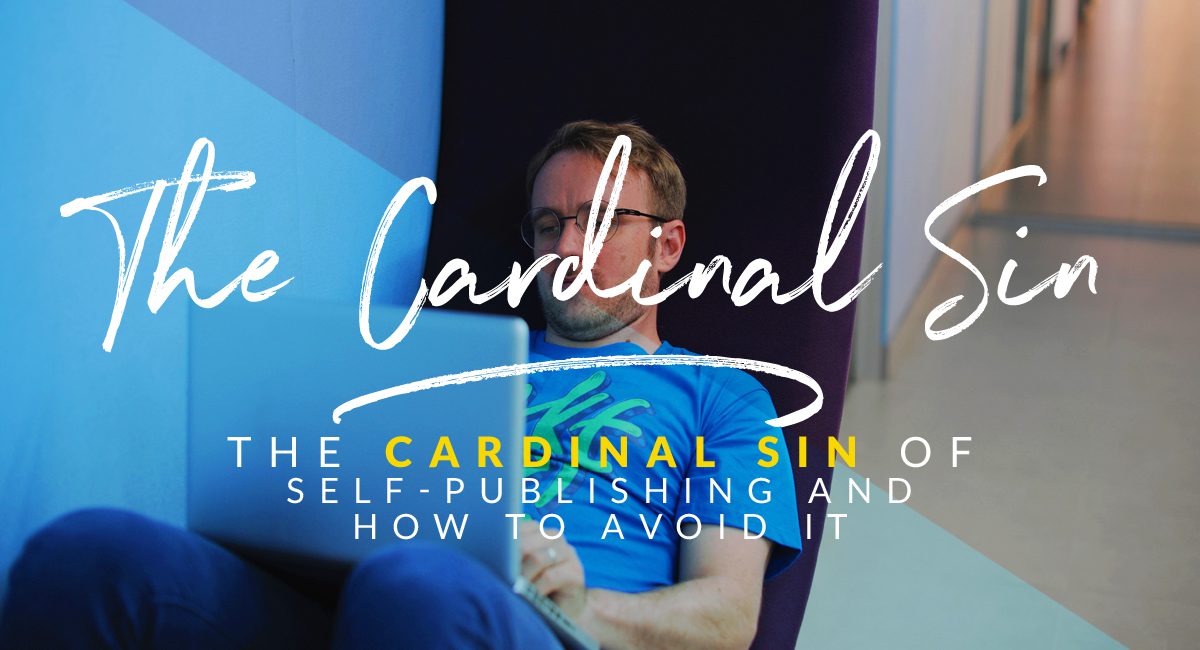 The Cardinal Sin of Self-Publishing

I see a lot of inexperienced authors saying things like, “If that crappy book can sell a million copies, mine will do way better.”

This post will break down all the errors in that statement.

But you also need to respect it.

Authors who make statements like that often haven’t even read those books they are denigrating; or they’ve flipped through it but thought it was trashy.

If you can’t understand why a book was successful, you’ll never come close to matching its sales.

Also, disrespecting a book is disrespecting its readers. You can’t fathom why that book is selling – so you assume all the people who bought it must be idiots. You probably won’t be able to write a book that people like if you think poorly of your target audience.

Authors sometimes think, “Well if they liked that book, they’ll love mine, because mine is better.” They probably mean it’s better written or more substantial or “deeper” – they don’t get that readers may not want a story like that. They may have wanted the cheap, guilty pleasure of reading something simple and fun.

If you covet an author’s success, you need to understand and mimic their book enough to please the same audience (do not copy: your book needs to be unique and original, but hit the same emotional buttons).

The other huge mistake authors make is trying to be different: they identify the audience (the readers of that bestselling book they thought was shitty) but then instead of doing all the same things that other book was doing to reach that audience (book cover design, especially) they do something totally different so it’ll be new and “fresh.”

By not using a cover that appeals to the same readership, the author loses the easiest method of attracting that readership. Instead, the cover will be a barrier and liability, that must be overcome so that readers can find out what the book is about.

And that’s actually probably fine, because the truth is the author has written a completely different book that has very little to do with that first book – and the author made an error in assuming that the buyers of that other book will also like his new one (pride+no market research).

And this is unfortunate, because the author has probably spent thousands of dollars publishing and marketing on the assumption that, since that other book made millions, it should be easy to at least make a few hundred thousand dollars… so they see these expenses as cheap and count on future sales.

But because they made a product based completely on their assumptions about an ill-defined audience that doesn’t really want it, and then sabotaged their efforts by making an  “original” cover and not following standard design and publishing advice (because they wanted to be unique and different and stand out), their book probably won’t sell 10 copies.

They won’t be able to get any reviews or even give it away for free. Nobody will “get it”. Much of this could have been solved with excellent cover design and some basic research and author platform set up: but some authors eschew all advice and do it the way they want to. Because they think they know best. If you’re making gut decisions for your book about what you like, you’re probably doing something wrong. You need to focus on what sells, and test your assumptions (I recently found out that the picture I was using for my first online course, everybody hated. I’m really glad I asked before I launched!)

If I sound frustrated, I am – this is why I’m getting out of services altogether. Many authors destroy their own success by being rigid and inflexible, and getting too excited about how their first book is going to be an international sensation, as soon as they get on Oprah. Seriously – authors think this way. One asked for advice, and when I gave him feedback, he said “f*ck that, I like it the way it is.”

I’m happy and excited for authors with a dream and high hopes, and society encourages them to be bold and daring by not following advice and going with their gut, but I’m tired of seeing authors throw money into a project that goes nowhere and watching them quietly fade away after their unsuccessful books becomes invisible online.

There’s a lot of room at the top: you can make a lot of money with your writing.

But you need to learn the rules of the game first.

So the cardinal sin of self-publishing is hubris: foolish pride or dangerous over-confidence.

Don’t worry, this is normal!

However, please understand that this is a normal part of the process. Almost everyone makes this mistake. Everyone starts off as a fool (when you publish your first book, there is a huge learning curve). There’s a ton of stuff to figure out. Same thing when you launch and try to promote your book. Almost everything you do won’t work, so you might feel like the book is a failure.

With enough education and experience, you’ll become a magician – an expert user of tools, an understander of the way things work, who can achieve powerful results with very little effort.

But the sooner you admit to being a fool and recognizing that your way may not be the best way, the sooner you’ll start figuring out what does actually work.

For a few other “cardinal sins” of self-publishing, this post by Holly Lisle is worth reading: