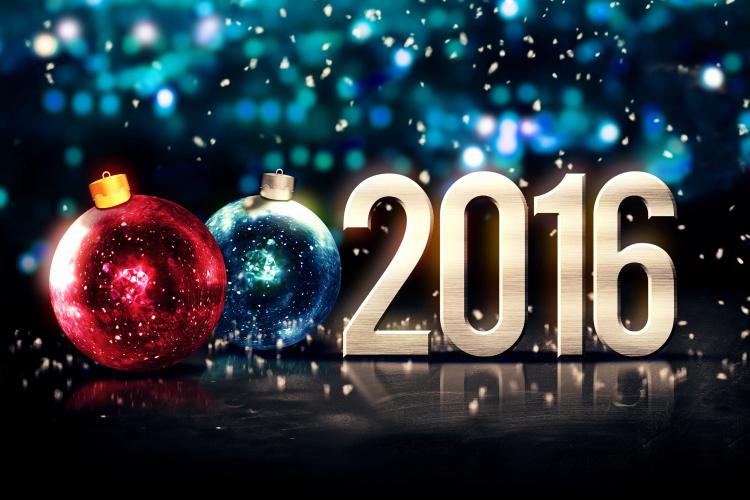 Update: these goals I set were a bit big… I’ll go permafree later but haven’t yet because I’m using KDP/KU, so I may not hit the big numbers this year. Still, my books are doing well. I’m going to stop everything for several months to focus on finishing my PHD, so some of these goals will be pushed off till later.

Just last week I was thinking 2016 was going to be an easy year. I’ve built up my business to generate some passive income, so I can mainly focus on writing, building courses, and increasing traffic. Without too much work, I’m fairly confident that I can double the revenue my businesses bring in.

And even though I’ll be renting a castle for Nanowrimo, and that’s a big, scary goal on its own, I don’t really feel stressed about it. It’s within the realm of experience that I have (organizing events, managing property, dealing with a budget and preparing food for hundreds of people…).

So I get kind of nervous when my friends say I should be focused on 10X-ing my goals. Not doubling growth, but exploding it. This similar to a quote I like:

“Shoot for the stars, hit the moon.”

Which means, always set your goals much higher than you feel comfortable with. Set crazy goals. Focus on your ultimate dreams, not safe bets. Even in the failing, you’ll learn more about yourself, and grow more in wisdom and ability, than you would have achieving smaller, easier goals.

Today I was looking at the Frankfurt Book Fair, because we’ll be in Europe this fall anyway, and while I was watching the “Heart of the Sea” movie (based on the story that inspired Moby Dick, which is crucial to my PHD thesis), my mind was spinning with Big and Scary Ideas for next year.

I’m writing them down now, while I’m emboldened, though as often happens, I may change my mind later.

Goal One: Publish some fiction

I’ve been working on some fiction. A lot of fiction. I’ve been playing around with different marketing ideas, but I want to do something a little different, something remarkable – an unusual case study.

It will probably go like this: Publish 10 different “Act Ones” for 10 different novels – each novel being the beginning of a series. Each part will be between 30,000 and 50,000 words, but they won’t be complete stories.

However, I’ll make them all permafree to build my list. My first year publishing won’t be about earning money; it’ll be about platform building. Firstly, I’d like to actually finish and publish those ten pieces.

Thirdly, I’d like to hit a million downloads in one year.

Those are big numbers. They are much easier to hit by going permafree, but by no means easy. It’ll still take a lot of marketing to get there.

Throughout the year, I’ll be publishing case studies, reports and other marketing tips on what I’m learning. I might experiment with price points or test other things. But mainly, I want to get up to 1 million downloads, just so I can put on top of my author profile, or on my book covers, “over 1 million downloads!”

I’d also like to do some aggressive platform building on Instagram and Tumblr; connect with other authors in my genre, and basically become the “go to” guy for publishing and marketing YA fiction.

But wait! For many years I’ve said that insecurity comes from not developing products to market, and if you write books for readers, then you shouldn’t feel it.

The closer I get to finishing my first novel, the more I sink into either manic states of rapture “this is SO GOOD!” to chronic depression “I’ll never finish, it sucks, nobody is going to like it, why am I even trying.”

There’s something weird about fiction. So the advice I tell myself, and others, is to just keep writing, do the best you can, publish anyway, learn from your mistakes. Maybe my first book has to suck. Maybe I’ll get negative reviews and learn a lot. Maybe in a year I’ll rewrite it and make it better.

I’ve also said that you don’t need an editor, and that’s also tricky advice. But right now, I would love to turn my book over to an editor and have them wave a magic wand and fix the core problems that I know are still there, and I’m getting too frustrated with it to go through it a few more times and fix it… even though that’s exactly what I need to do, and even a great editor can’t help much with those things. (If anybody wants to read YA fantasy as a beta-reader, I’d appreciate the help.)

I’d also like to get it traditionally published, so I have a production team, and editor, to make sure everything goes well… even though I know I can probably reach more readers and be more successful independently.

So yeah, writing fiction is hard. But if I keep at it for a year or two, I’ll hit a million published words and start getting pretty good at it. Luckily, I’m really great at ideas and plotting, so I have 10 or 20 totally different series to write. Some of them may not do so well, but some of them probably will.

Update: launching in January 2016, this is the launch plan.

Goal Two: Rent a booth at the Frankfurt Book Fair

I have lots of publishing related experience, services and tools; mostly for self-published authors. If I do rent a booth, I’d have to choose what to put in it. I’m not sure how many actual self-publishing authors will be there (I need to do more research first), or how good it would be for my businesses.

But I COULD rent a both for my fiction.

This is rarely a good idea, but it could make sense if I did everything really, really right.

Which means, it’s a great opportunity for a case study.

Should you attend international book fairs? Can it help sell books? Will it sell international language rights? I think many authors rent a both at book fairs and don’t do it well enough… but there are lots of fun things I can do to make it awesome.

IF I rented a booth for my fiction, I wouldn’t want it to be a risk. I would want my fiction to be confirmed by readers already, in big numbers, which means I would need three parts:

I think I can pull all of that off: plus, in the thinking, comes necessity.

If I don’t rent a stall at the Frankfurt Book Fair, I’ll still publish some books next year but I might not do everything necessary to make them smash hits. I might take it easy or play it safe.

If I DO rent a stall, I will work my ass off and do things few authors dare attempt, in order to hit some really big numbers. I’d like to go for “One Million Downloads” – which could be possible if I put all my books on permafree. If I can get a million downloads in six months, even if I don’t earn any money, it still presents me as an expert – someone who knows how to get readers to take action (even if it’s only downloading a free book).

I’d also like to get a few thousand reviews on each of my books (something that’s also not that difficult with a good book on permafree). Of course it’s possible that I totally fail, and can’t hit those big numbers in time for Frankfurt… but it sounds like a challenging goal, something worthy of me to chase in 2016.

Step two: Give a presentation

I also found out I can pay to speak at the Frankfurt Book Fair. I can give a 30 minute presentation on book marketing, finding readers, standing out and getting visibility. This would make sense if I use the first part of 2016 to do some viral marketing stunts – stuff that nobody in publishing is trying yet – so I can share and talk about them. Again, this only makes sense if I hit big numbers, but even some of the stuff I’ve already done merits recognition (like building an email list of 13,000 YA readers in 2 weeks with book giveaways).

I feel like I have the means and experience to hack the publishing industry, connect with readers directly, and move a lot of books. I can’t prove it yet, until I finish my own fiction. And I’m not saying it’s easy: it takes a lot of work: but most authors won’t do it, and most authors couldn’t pay me enough to do it for them. But if I publish some fiction and do some things that rack up big numbers – like creating fun websites that get a million viewers in a month – those things are worthy of talking about.

But the other interesting thing I can do is try to sell the German translation rights, or else get my books translated in German already and use the fair to drum up sales for the German editions (probably by giving the first away for free, and selling other books in the series). I would need a great translator. I could go a step further, and offer to translate/publish German editions of other bestselling self-published books in my genre. That’s probably too much work… but it would be easy to offer YA fantasy/paranormal authors some space in my booth at the German book fair, and help them field any inquiries.

Even if I’m not making a profit from the transaction, helping other indie authors in my genre is good business for me, because I’m doing them a big favor, and they may repay it by blurbing my books or sharing me with their audiences.

I’m doing massive giveaways for this first book launch, which is the first half of the first novel. Then I’ll write and publish 10 more books in 2016. But then I’d like to finish the full book one of Shearwater and release it, updated and better and complete. For THAT launch, I’ll giveaway a trip to Ireland and accommodation, so someone can join me and check out all the places mentioned in the book.

Those are the ideas I had today…

And they are pretty decent ideas. I could also do some big amazing bloody display for The Book Butchers, or other viral/fun things that nobody else would dare to. Signing up for a booth in October will keep me driven and focused on my goals all year; I would be working up to the event, and succeed or fail by November I can hide out in castle and write my next book.

I haven’t been to the Frankfurt Book Fair before, so I need to find out more first.

Was it mostly publishing insiders, or readers also?

Are they big enough? Scary enough? Make sure you set the bar high for yourself. If you’d like an accountability boost, share your intentions here – just comment below. Sometimes making it public helps to achieve it.