I always tell authors creating a book that they can layout their interior book format in Word, and do a pretty good job, and most people won’t be able to tell the difference. Except, it’s tricky to learn how to do a good job, put everything in the right place.

It’s also common and general knowledge that InDesign is better. Designers can tell the difference. InDesign lays out book text cleaner and nicer, with better spacing and everything. Right?

This month I’m preparing 50 book formatting templates for self-publishing authors. I’m working with a bunch of talented book formatting specialists to make them all unique. And we’re doing them in InDesign.

But I was wondering how difficult it would be to convert them from InDesign or PDF into Word, so that authors wanting more control could choose to use them, even if they weren’t quite as nice.

So I saved my InDesign book template as a PDF. Then I used this handy online conversion tool to change the PDF into Word.

I was looking for spacing differences to see how much better InDesign was for book formatting. Go ahead, click on the image and try to see the difference. 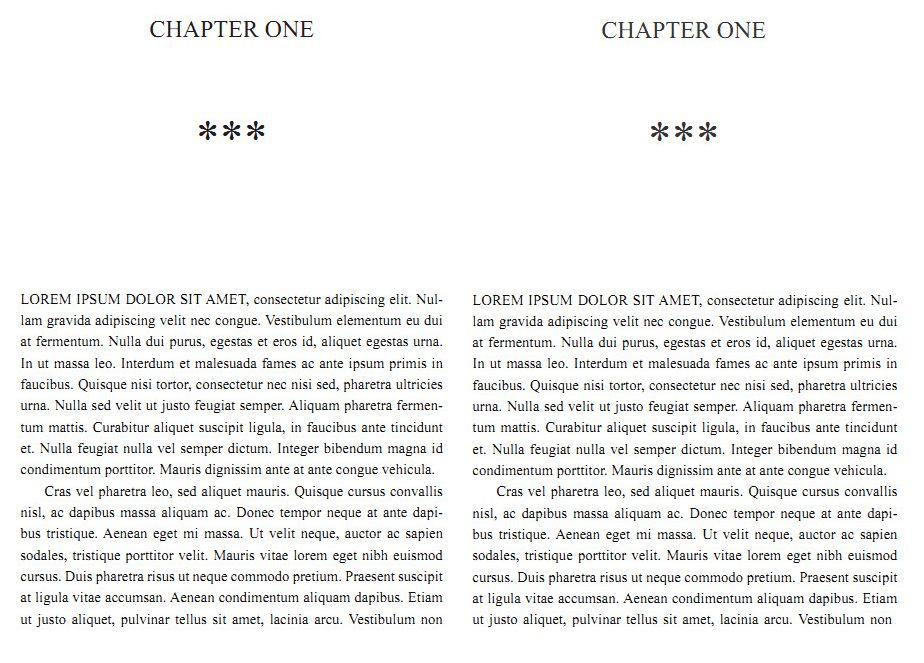 They are exactly the same!

I opened up the InDesign file again, copied the text and pasted it directly in the Word file.

This time things changed a bit: 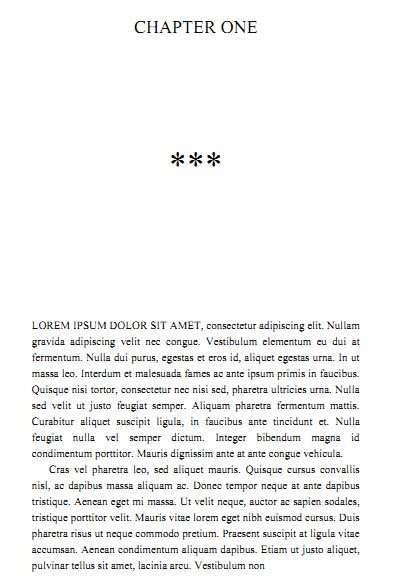 In this file you can see the wide-spacing issues towards the end of the first paragraph. It’s not nearly as perfect and tight as the two files above.

Still, this is pretty damn exciting. For example, it means after you’ve paid somebody to format your book in InDesign, you don’t necessarily have to go through twenty more rounds of revision with them every time you catch a typo or want to change one word.

Or if you have an old book already formatted and you want to release it again, you can convert from PDF directly into Word without losing the quality or the layout.

To me, this is big news, because I remember trying to do stuff like this years ago and converting PDF to Word never worked well for me.

If nothing else, it means I can now easily convert my 50 beautiful InDesign-created book format templates into identical book templates in Word, which will look just as awesome (until, unfortunately, the author pastes their text in… then the Word spacing algorithms will kick in, and it won’t look quite as nice).

Do you know more about converting books from InDesign or PDF to MS Word than I do? Please share!

Hey there! I'm a philosophy dropout and book cover designer with a PhD in Literature. After spending a decade as a starving artist, I vowed to create the life of freedom my restless spirit demands. I covet a cabin full of cats, where I can write young adult fantasy novels and do a few editorial critiques to pay for my cake addiction. Sometimes I live in castles. FREE GUIDE: Book Marketing is Dead.
@creativindie
Previous How to win more bids or choose a provider on Elance, Guru and other freelance sites
Next The two types of self-publishing websites for indie authors: those that support you, and those that screw you