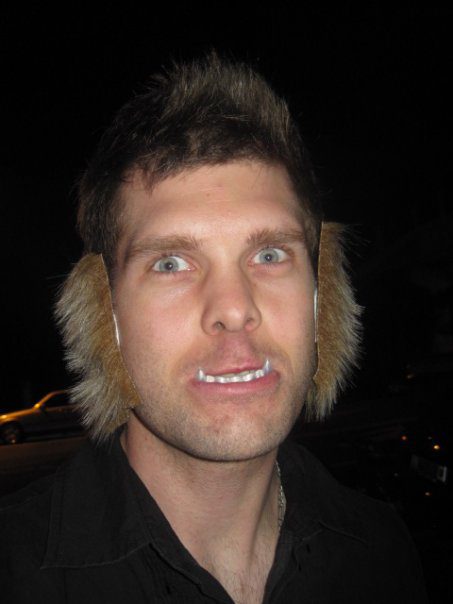 Sometimes I get manic and think something is a GREAT idea. I get really excited about it, and think everybody else is going to be excited, too. One time I planned a Twilight-themed dance party (don’t judge me). One of the movies was coming out (I don’t remember which one), so I booked a space at a club, got the city’s hottest DJ to perform, and ordered a box of fake vampire teeth and werewolf sideburns. I printed off posters and flyers. I went big.

Nobody came. I don’t mean, it was a lame party, I mean, it was me and the DJ and an empty dance floor. Not even my own girlfriend came. Ouch.

Why am I telling you this?

Because I’m doing something else in a few days, something I’ve never done before, and there’s a chance it won’t work at all. I’d like to think I’ve learned my lesson, that I won’t ever again invest in a big idea without validating it and seeing if anybody is actually willing to pay for it, but the truth is, when you do something new for the first time, even if you’re pretty sure things will go well, you never know for certain.

The truth is, I don’t really want a bunch of people to buy my course, but more on that later. I just want to tell you WHY I made a course, and what it means to me and my business.

Let me tell you how it all got started.

For the past few years I’ve been excitedly sharing my plans to publish fiction and make money at it. Even though I’m pretty good at online business and branding, when I shared my plans at writing conferences, other authors and industry leaders, even friends who know me, gave me that look.

Maybe you’re familiar with it.

It’s a common look that experienced writers give first-time authors who talk about how many copies they’re going to sell. The look says “yeah right.”

Because they know that publishing is hard, that there’s a lot of competition, and that most authors fail.

They want to be supportive, but they also know the odds are against you, and they want you to be realistic and have more practical goals. They talk about the non-monetary rewards of writing, or say something like “publishing a book is a huge accomplishment, you should be proud, even if it doesn’t earn any money.”

And I get that. But I also had a plan, and a system. Even though I’d never finished a full novel before (still haven’t actually!) and even though I had zero fans or platform for my fiction, I launched my first fiction in January, followed by three more books in the last couple months.

I won’t say it was easy, I busted my ass on that first launch to hit #1. And I haven’t made millions of dollars. But I did crack $2500 a month in book sales, and that number has been growing every month with virtually no marketing.

And the funny thing is, people still doubt my accomplishments. They think I’m just “hacking Amazon” or using shady tactics (even though I’ve gotten over 200 natural, positive reviews). They think I’m misleading or abusing readers somehow, even though I have an email list of over 12,000 fans (that I grew from absolute zero in three months).

I’m not saying this to brag, I’m telling you this because I want you to experience the same results.

The problem is, paying someone to do your marketing for you is a bad idea. People routinely ask if they can hire me to do their marketing, or arrange a profit-share agreement, but I turn them down, because there is no way to make it work out for both of us (I just put up a new post about this, “why you can’t pay me to do your book marketing for you, if you’ve wondered about this stuff). It isn’t worth my time to help authors with their book marketing, and I wouldn’t want to take their money unless I could promise big results.

But I like the idea of online courses, because it’s a way for me to share my knowledge of publishing and book marketing, at prices far less than what I actually charge for consultation or design work. But let’s get back to the issue of fear. I’ve had friends say, you make a lot of money on cover design, why don’t you just keep doing that? Why try new things? Why rock the boat?

The first time I published a book I was a nervous wreck, but I’ve designed and launched so many now I don’t even lift a brow, it’s just another day at work. Videos however, are a different matter. It took me a year of frustration and insecurity before I was comfortable enough to start posting videos online (even though I still hated them). Videos are a very vulnerable medium… but they’re also more personal, which is why they’re so powerful. It’s easier and faster for me to communicate information with video, and allows me to help more people. In the past year I’ve put up 336 videos, which already over 193,000 views. So I know the videos are helping people.

I’ve been giving away so much free content for the past five years that people have come to expect it – a lot of people even thank me specifically for giving everything away for free instead of trying to sell products, and I appreciate that. But I’ve also had people ask whether I can just build my own course on book marketing, or whether I’m available for coaching (I used to be, but stopped).

So after a steep learning curve, I’ve finished my first online course. It’s called “Reach Your Readers” and it’s basically everything I used to build an author platform quickly. It will help you sell more books on autopilot, so you can finally stop wasting time “marketing” your books and go back to writing. 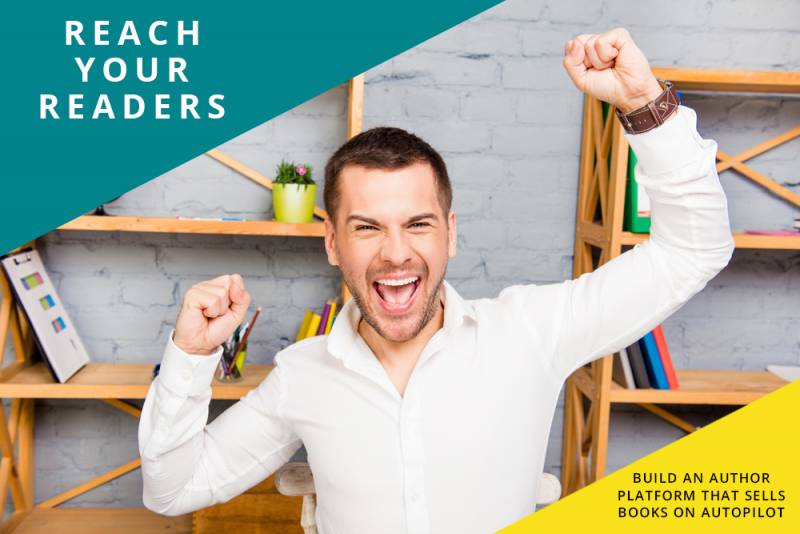 The course is decent, some early testers said it covers more material than some more expensive courses on book marketing. But because it’s my first course, I know it won’t be my best and I can do better. I waste too much time getting to the point, or sometimes I move my mouse around on the screen when I’m talking. Since it’s not perfect, it’s really hard for me to confidently charge money for it.

But I also know the content could help you fix those critical mistakes the majority of authors continue making. I’ve already started working on my next two courses, The 21 Day Author Platform (to help you launch a bestselling author platform in just three weeks) and Guerrilla Publishing (for people who don’t even want to spend that long, and just want to build a platform and launch a book in a few DAYS.)

So here’s my offer, if you buy Reach Your Readers I’ll give you my next two course for free. That way you can learn from this one now, and keep learning new marketing tactics as I discover them, throughout the rest of the year. Because it’s my first course, I’m also offering more personal feedback (including a month of unlimited book marketing advice) and even a Done-For-You option.

It’ll be like being in a small, private mastermind group with me. And the really cool thing is, since this is my first course I’ll be taking your feedback while developing the two new ones, which means if there is anything I don’t cover, you can just ask, and I’ll build them into the future courses just for you.

I understand it’s scary to try new things, but if you’re an author, you’re probably spending money on stuff already that just isn’t working. I know authors who spend thousands of dollars on a publicist or book coach, or a huge book marketing idea that doesn’t pan out.

So basically, if you sign up during this launch, you’re getting all my future courses, which will be much better than this one, even though this one is pretty good, for less than half off.

I’m only dropping the price this much because it’s my first course, and I want to make sure I overdeliver and everybody who joins actually sees measurable  results (more followers, reviews, traffic and sales).

For the reason I’m only letting 50 people into the program now at this heavily discounted rate. This is like a beta-course; it’s not perfect but that’s so I can get your feedback and input, to make my future courses stronger. When I actually launch these future courses for real, they’ll cost more and have less bonuses.

Maybe you’ve had your own Twilight-party moment, when you published a book and nothing happened. Since I’ve been adding value to the indie publishing community for over 5 years, I think my first attempt to launch an online course, as humble as it is, will do pretty well.

But even if this launch is a huge failure, it’s still a step in the right direction for me. I’m building up towards the future I want for myself, which is writing fiction full-time and working on my own dreams. The first time you do something new, you might fail.

The first time you do something new, people will criticize you.
Don’t let them stop you.

Focus on what you want, do the best you can.
Courage doesn’t mean you don’t fear the feel, it means you don’t let it stop you.

As I said, I’m not going to be hard-selling this course or even promoting it much; it’ll be an exclusive offer to my followers, so if you want more details, sign up to my list or follow my page on Facebook. (If you just got an email from me, you’re already on my list, so you don’t need to sign up again… I’ll send details on Friday and the course goes live on Saturday).