I spent months working on my first novel. When I was halfway finished, I sent email queries to some literary agents, and got a few positive emails back and even a phone call based on my pitch. But the project festered, I couldn’t wrap it up, I didn’t know how to develop it. I had some great scenes, but not a story.

I’ve rewritten that novel a couple times but never finished it. Instead, I got my Master’s in Literature and started on my PhD. I published a handful of non-fiction books. Now I’m ready to begin publishing fiction. However, I don’t want to spend a whole lot of time writing stories that nobody is going to read. I want to write amazing, popular genre fiction that thousands of people enjoy.

I know it’s not that easy, and I know my first few attempts probably won’t be great. But there is any easy way to test which stories have the most potential. In the start-up world, we use the term “minimal viable product” as a way to validate ideas before investing a whole lot of time and resources in them.

For example, if I think I have a business idea, what I don’t want to do is go out and register a business name, get a logo designed, rent an office, make business cards and a website. Instead I want to make a simple landing page and see whether anybody will pay for the thing I want to make (either a service or a product).

What’s the very least you have to do, to test whether there’s any demand?

Authors rarely write from an entrepreneurial perspective, and that’s precisely why at least 80% of them will never make any money with their books. Successful books don’t get lucky. They aren’t appreciated based on their writing quality.

And good stories begin on page one.

If you have a great story but readers have to finish it to ‘get it’ – and they stop reading after the first 10 pages, your book will never be successful. The beginning of the book needs to grab their attention, and make them invested in finding out what happens next.

If you don’t have a great first few chapters, the rest of the book might as well not exist.

So why not verify your intention by just writing the first few chapters and seeing how people react to them?

Instead of spending months (or more probably, years) writing a book that doesn’t captivate readers’ hearts and minds, see if you can just write the beginning of one that does.

If you can pull it off, you’ll be building a fan base who’s hungry to read the rest of your book when you finish it.

I’ve been talking about this model for well over a year, and today I’m finally testing it out.

I just put the first four chapters of “Shearwater” up on Wattpad. I’m sure it’s not lifechanging, earth-shattering fiction. In fact I think it’s pretty bland. But on the other hand, I see a lot of awful stuff on Kindle and Wattpad, and I think this is better than average. However, it might actually be boring and pretentious. People might hate it. Hence, the importance of publishing it now before I spend any more time developing the plot.

I have a brilliant storyline mapped out, with twists and secrets and revelations, and supernatural beings with powers, and ancient artifacts. I’m pretty sure as a whole, the book will be pretty powerful. But it won’t matter if nobody likes these first four chapters.

I could wait till I finish, revise, hire an editor to improve things more – but most editors only improve the writing, not the story. People appreciate good writing, but the story is more important. I may keep working on this novel, or I may write the first four chapters of several other novels I have mapped out. Meanwhile this one can be earning feedback.

That should be enough to get the ball rolling.

I understand the quality of readers on Wattpad is different from the readers on Kindle, and so I’ll take the comments with a grain of salt, but it should give me a general indication of whether this project deserves more time and energy. At the same time, the comments will point out mistakes or problems that needed fixing, and it’s much better to fix these mistakes now, before I write any more, than to wait till the end and need significant rewrites to the whole book.

Already, for example (in  just the past 30 minutes) 40 people have read chapter one but almost nobody has continued to chapter two.

And nothing really extraordinary happens until the end of chapter four. That might signify a Very Big Problem. I may need to move the extraordinary bit to the very beginning, then backtrack and retell the events that led up to that point. These are the kinds of things I can test out on Wattpad.

If I can’t get anyone to read a few chapters for free, I’m not going to be able to sell them the whole book.

Here’s a short summary I just wrote up.

When Clara’s parents are killed in a car accident, she’s sent to live in Ireland with a grandfather she’s never met. Days later, she meets a mysterious boy with seagreen eyes who seems intent on discovering her family history. He’s convinced she’s some kind of supernatural being, and just when she’s starting to believe him, someone tries to kill her. Revelations about her mother, and the arrival of an ancient artifact that brings out powerful abilities, make her question everything she thought she knew about herself. Will she learn how to harness her powers, and discover her true identity, before her adversaries are able to finish what they started?

If you use Wattpad, I’d appreciate it if you go check it out, and comment or vote. 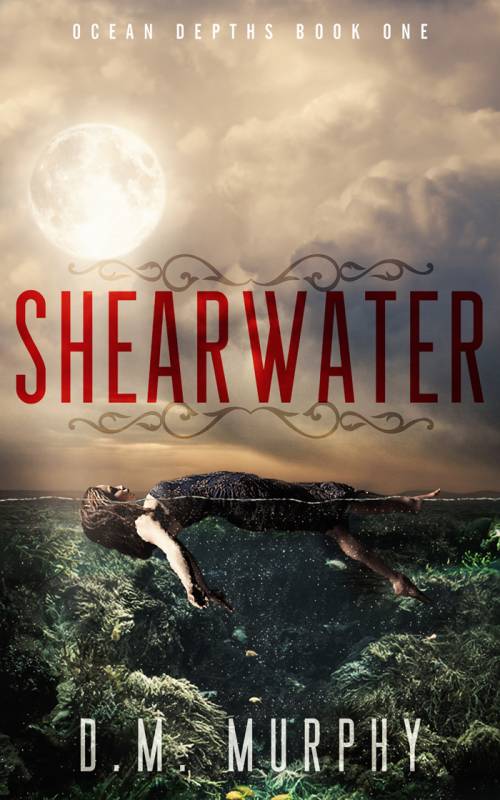