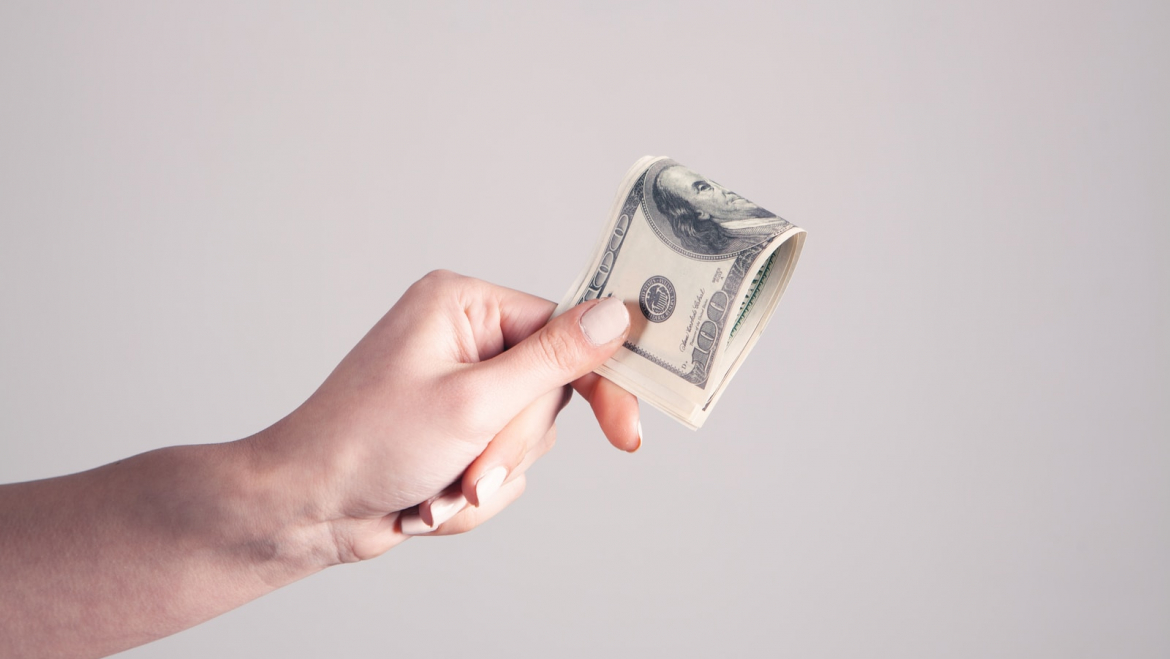 People often ask me if it’s worth crowdfunding your book to get the resources you need to publish. I generally say “no” – because Kickstarter won’t give you an audience, nor help you figure out how to package and position your book to appeal to them. Plus, first time authors drastically over-estimate how much it costs to publish, and I don’t believe you should be asking friends or family to “support your art.”

HOWEVER – if you have a good product and an audience already, Kickstarter can be smart business, so when I saw a friend of mine successfully raise nearly $10,000 on the crowdfunding platform I asked if he’d be willing to write up a guest post about the process.

Here’s how he did it…

Between June of 2017 and December of 2018, I wrote eighteen novels, twelve of which were part of a big, overarching universe called the Godsverse.

I had already written two graphic novels in the same universe, which had made me north of $100,000 between the two of them since 2015, and every month dozens of people came to me asking for more stories in the universe, so I went into the production of those books with a lot of hope, and a mountain of data that showed the Godsverse was both profitable and popular.

I banked ALL of 2019 on the popularity of the series, in fact. I planned to release all twelve books in rapid succession, and build with each launch, until, by August of 2019, I was easily clearing a few thousand dollars a month after advertising expenses on those books.

What do they say about battle plans? They never survive first contact with the enemy. Well, my book launches were the same.

Everything that could go wrong, did go wrong.

I expected the first books to do poorly, but at least pay back the cost of production, and then that each launch would build on the last one.

However, what I didn’t expect was that the first books would do poorly and then the NEXT books would do even MORE poorly, until by the time the summer came around, I was launching books to crickets. The last book I launched did about $20 at launch.

I have been doing launches on Kickstarter since 2014, and I had NEVER had a launch make less than $1,800, even when I was just getting started.

So much so that I decided to halt all book launches.

By the time I stopped everything, I had released six books in the Godsverse, and two omnibus collections, and they had made me just over $2,000 on a $8,500 production cost.

After licking my wounds, I decided to go to Kickstarter again and try to relaunch the series and at least pay back my production expenses.

I had run a couple of novel Kickstarter in 2016, raising $3,400 for a mystery novel called My Father Didn’t Kill Himself and $1,800 for a science fiction book called Spaceship Broken, Needs Repairs (since renamed to Sorry for Existing), but almost all my Kickstarter success was for comic books, including three $25,000+ campaigns for the Monsters and Other Scary Shit and Cthulhu is Hard to Spell anthologies, and for my graphic novel Pixie Dust, which existed in the same Godsverse universe as the failed launches I had just tried.

In fact, the great thing about Kickstarter is buyers are there looking for the next cool thing. I ran both the My Father Didn’t Kill Himself and Spaceship Broken, Needs Repair campaigns before I had much of a following, and was still able to raise over $5,200 between them, clearing production costs on each and making a nice profit on top of it.

It’s also important to note that the Godsverse was a MONUMENTAL FAILURE before I brought it to Kickstarter. By the time I went to Kickstarter, after nearly a year of clawing and scraping, I was $5,300 in the red on the twelve books in the Godsverse, so success was far from guaranteed.

Now that I’ve set the stage, what happened when I brought the campaign to Kickstarter?

While I do think the fact that I’ve done 10 projects on Kickstarter contributed to the success of the campaign, that couldn’t have been the only factor, because this series was D-E-A-D in the water before I launched, and it was basically the same series that I had no success with for an entire year.

I should note, though, that I also reedited and recovered the books before I brought them to Kickstarter, so it wasn’t exactly the same book.

So, aside from my previous success on the platform, why do I think my Kickstarter campaign succeeded where an entire year of book marketing failed?

Unlike Amazon which keeps 30% of all money raised, Kickstarter only takes 5%+processing fees, meaning I kept 20% more than when I launched on Amazon, allowing me to make more from less buyers.

Unlike Amazon, where you only get a series page if you have multiple books in the same series, on Kickstarter I was able to bundle all twelve novels into four omnibus collections, and sell them as a single $20 ebook or $100 print book package, and most people bought one of those two packages.

If you notice, there were only 264 backers to my campaign, but they averaged a $37.63 spend during the campaign.  The most expensive book I launched during 2019 was $5.99, and during the Kickstarter people were spending on average six times more than that, meaning I could do more with fewer people.

I made additional pledge levels that included my entire back catalog of books, which increased the average pledge level even more, because now some people were spending $80 to get my entire digital collection, and up to $200 when I included all my print books.

While you only get about 250-words on an Amazon page to make your point, you can have up to 30,000 characters on a Kickstarter pages, including images, graphs, and charts, to talk in depth about your book(s).

The Godsverse is complicated. It spans 13,000 years, four main characters, delves into Greek, Roman, Egyptian, and Norse mythologies, along with Judeo-Christian, and explaining that all in 250-words was impossible. However, with more space I was able to bring people into the experience and show them why the Godsverse was worth buying.

As I mentioned above, my mailing list was basically dead when I launched on Amazon. However, those same people clicked through in droves when it came to my Kickstarter campaign. This is because I was offering bonuses, extras, and special deals on my books, and I only had a couple of weeks when the campaign was live for them to get in on the deals, which caused them to act.

When you don’t give your mailing list a reason to back NOW, there is very little reason for them to buy. Usually, that reason is a sale or a launch, but with Kickstarter, you can charge a premium for your products and make the reason to back time based.

I offered a bundle filled with several additional ebooks from my friends as an incentive for backing, so people who backed the campaign got up to $50 of free ebooks if they backed early, and it cost me nothing except the agreement to let the authors use one of my books for their campaigns, plus it gave us both more exposure.

While there are millions of books on Amazon, with a couple thousand new ones launching every day, there are only a few hundred books launching on Kickstarter at any one time, so just by using their platform I was able to go from one of millions, to one of a couple hundred, and I know how to make my book stand out in that field.

Usually I send one email a week, but during the 10-day campaign for the Godsverse, I was able to send 20 emails, roughly two a day, all with different calls to action, and because I was on a time crunch people accepted it. I didn’t feel bad about sending so much mail, because each one featured a different reason for them to back.

Maybe we just passed a milestone, or perhaps a special deal was closing. Whatever the reason, every time I sent an email, more people went to back the campaign.

I spent $0 on ads during the Kickstarter campaign. All the traffic was organic reach, which meant that every dollar went to paying off the shipping costs and the production costs.

Now, with the campaign over, I’m free of the crushing debt that came with the universe and can go into relaunching these books on Amazon debt free, meaning every dollar that I make above ad spend is profit.

I don’t necessarily think Kickstarter is right for everybody, but I absolutely recommend it as a great way to recoup production costs from your most rabid fans, while creating an event and buzz about your books.

My campaign only lasted 10 days, so it’s not something you necessarily have to commit to using for the recommended month that most Kickstarter run, and I ran a $1 campaign, meaning I was immediately funded within minutes of launching, so there was very little stress.

Mostly, I used it as a way to turn attention to a book series I loved, build some buzz for the series, recoup the production costs of the book, and deliver an amazing experience for my fans which got them excited for the series to continue.

It ALSO had the ancillary benefit of building an ARC team for when I release the books into the world. I have 264 backers who have read the series and are able to review it when it comes out, and they paid me for the privilege.

All that means that Kickstarter is not an important arrow in my quiver when it comes to a book launch. If you want to find out how you can crush it on Kickstarter, I have a free Kickstarter course which you can check out at: https://www.thecompletecreative.com/fkc

And if you want to see the campaign, you can click here.

You can check out his books for yourself by joining his mailing list at www.russellnohelty.com/mail, where he’ll send you a collection of his books for free.