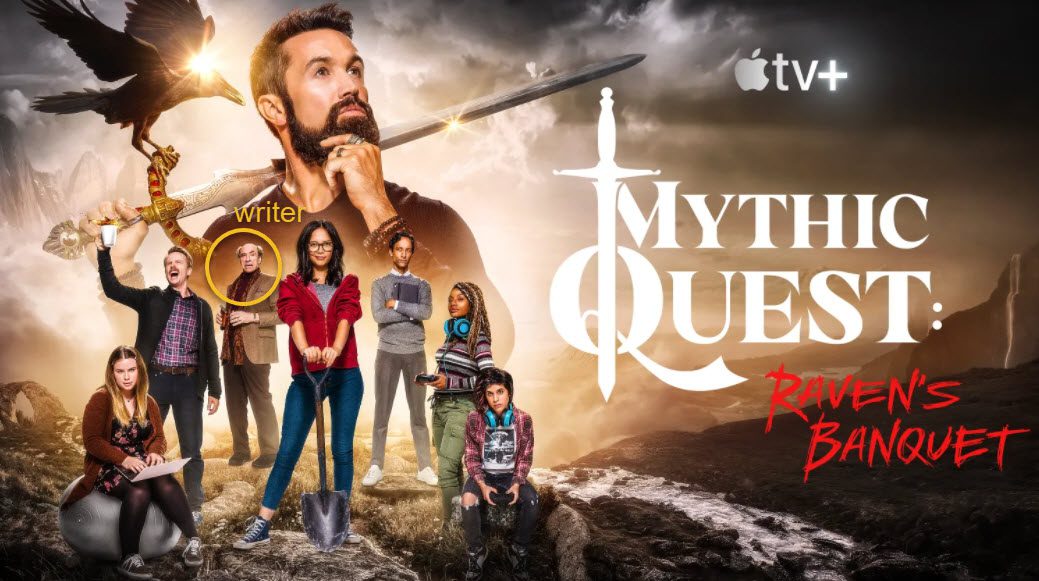 A few years ago I was in Bali when I got pitched a full-time, $200K/year job in New York managing a creative team to turn a book into a video game. The author had won seed funding and had money to burn, but no idea how to make it work in reality; and he knew having me on board (a PhD in Literature with a thriving online community) would make the project seem more reputable.

I was enticed by the offer, but knew I’d have trouble conforming to that kind of rigid schedule. But I’m still fascinated by the idea: novels take a ton of work to write, but a great backstory or founding myth for a solid game could be brainstormed much faster – and are SO important and valuable.

Gamers know that while the graphics need to look cool, the story is the part that will hit hardest, draw you in, keep you from getting bored while you’re grinding for a stat boost. A living game requires a breathing story with depth and novelty, based on dramatic, eternal principles of powerful story.

I recently saw a friend post on Fiverr.com that he’s offering a service to help write NFT game stories, and I want to jump on the bandwagon – so I’m offering a deal; hire me at my standard rates for ghostwriting ($0.25/word) or pay me in allocation tokens.

I’m not a crypto influencer, but I am a crypto enthusiast. You probably already have coders and marketers. What you need is the old guy with a PhD in Literature who sits in his office and spins epic yarns of sprawling imagination; the invisible glue that makes everything feel important and worthwhile, to take you out of the mindless farming headspace and activate actual gravitas and enjoyment.

I can be that for you – either to go over and improve the ideas you have, or generate new ideas, questlines and backstory/character details from your artwork, graphics or gameplay.

You’ve got a crypto-gaming idea and are looking for investors. Maybe you have some pretty graphics and someone generating 10,000 cool NFTs that have practical utility. Something I learned in the art world is that the value is mostly in the story you’re telling, not the art itself.

If you want to stand out in a significant way (so that your project has more intrinsic value) you should allocate some funds to a real author who has a foot in the writing and story-development world.

Award-winning author with a PhD in Literature and six-figures in course sales relating to writing and story development: my outlining templates and tutorials have 3 million views. I can create novel and intriguing backstory for all of your main characters, fancy ships or weapons, factions or guilds, or the complex conflicts that drive your game’s story and tensions in a way that feels fluid, organic and engaging.

There’s someone on Reddit right now who just got hired to write a fantasy novel for an NFT crypto game… but has no experience writing novels. She just pitched herself as a writer in a FB group and got hired (and is now asking for basic writing advice in a Reddit forum).

Don’t just hire the first “writer” for this kind of project and assume they know what they’re doing. Even most fantasy writers and ghostwriters haven’t actually ever written or published *popular* fiction, or written a full novel on a deadline.

I teach this stuff for a living and have helped thousands of writers improve. If you believe in your game, don’t outsource the heart (the emotional story that matters) to just anybody who can string sentences together. You need something creative, stunning, and high quality.

We can start with something small, like backstory or character summaries; a series or world-building bible; a gameplay timeloop and character progression (how this story will unfold in a meaningful way). Get in touch to discuss details.

Things you may not know…

An average fantasy novel is 75K or more, so a 50K book is just more than a novella; however you probably *don’t* need a fully book, just notes and pieces, for a game, unless the entire thing is meant to be read at once.

Average ghostwriting can cost $75,000, but that’s for a professional nonfiction book. You can get a decent quality fantasy novel ghostwritten for a few thousand (depending on MANY things; lots of writers are excellent at words, but not as great at the actual story-telling narrative, which is what you really need).

There are a ton of writers you can hire, but only a few will know anything about the crypto business or play-to-earn gaming in general. Most of them ghostwrite because they haven’t found a way to write and sell their own books, for whatever reasons.

Very successful, very experienced fantasy authors (like me, and some of my six-figure writing buddies), would be interested in a gig like this just for fun and to branch out into a new popular sphere; to be more influential to a wider audience and a new market. But our skills are valuable: on average, I’ve seen gigs like this charge roughly $25,000 for between 25K and 50K written words, or as much as $1 per word.