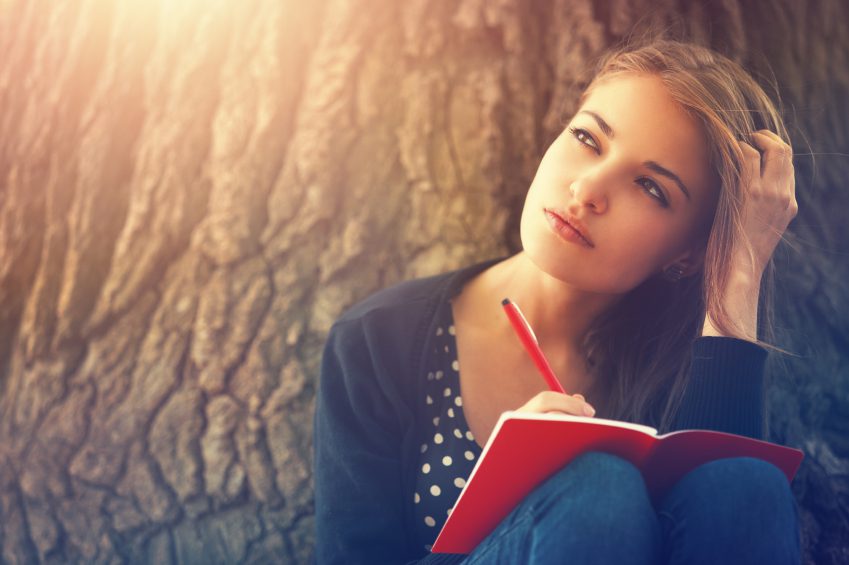 How much is your writing really worth? (AKA are self-publishing authors ruining literature)

Yesterday I sent out an email about how I published 4 books in 3 months.

I didn’t write them all in 3 months, they were all half written already and I finished them.

Still, I got some skeptical comments, for example about how I skipped the editing process (oh the horror!).

But I also got an email saying I was “devaluing the art of writing.”

It’s interesting because a lot of people believe “art” has a value that’s different from the price people will pay for something. “Art” has intrinsic, esoteric value completely disconnected from the pragmatics of spending your time for money to earn a living.

Which is good, because most authors spend years writing a book that makes NO money.

And they don’t want to hear that what they wrote is “worthless.”

We say things like, it’s such a huge accomplishment, to write a book, any book.

But we also say, for some reason, it’s more valuable to write a “good book” that took a lot of time and effort, and doing it right (getting it professionally edited, for example).

Here’s the thing – getting a book edited doesn’t make it a better story that will resonate with more people.

But if you have a story nobody wants to read, making it perfect isn’t going to matter.

That’s why I skipped publishing, it’s also why I’m publishing in half-books, rather than full novels.

But I’m not doing it to “devalue the art of writing.”

I’m doing it for the opposite reason.

I actually want my books to earn money.
I want them to be really valuable.

I’ve published amazing books before that didn’t sell at all.

Now I’m want to publish decent (but imperfect books) with great stories, that readers love, that make money, so I can keep writing full time. That means I need to publish quickly, at least a book a month. And on that type of schedule, the typical publishing process gets rushed.

So whose art of writing am I devaluing?

Not mine – my books are earning money.

I made $300 my first month, $900 my second month and $1400 this month publishing fiction. That probably won’t keep up or last, but it’s enough to prove I have some idea of what I’m talking about.

If you want to sell your books, it’s your job to produce a product people want and charge a price they are willing to pay for it. In any other business, people pay for the things that they want.

If you fail at business, it’s your fault. 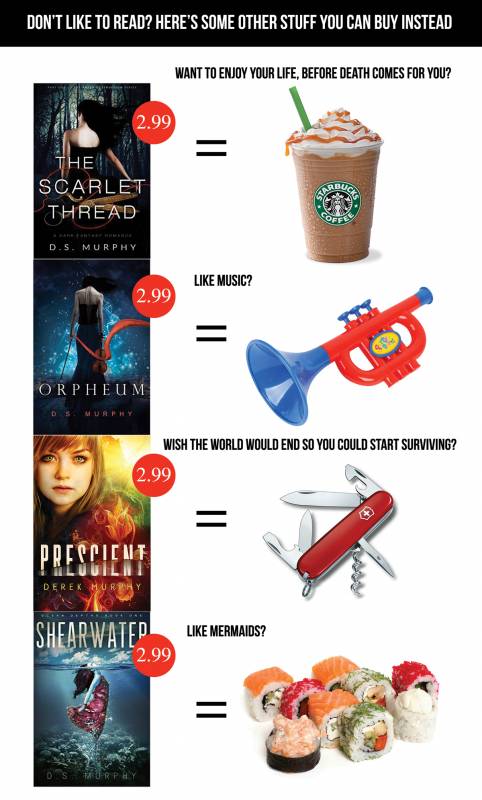 The most exasperating part of this argument is that there is no universal qualifiers in place to designate a work as “art” other than intention.

I looked up the guy who emailed me – he has some books on Amazon.

The covers weren’t that great either.

Most authors will say none of that matters.

Art doesn’t have to be appreciated.

Art doesn’t have to be properly framed or displayed.

Art doesn’t have to be reviewed.

This might, possibly, be a valid argument for literary fiction, or anyone trying to write literary fiction, who generally doesn’t care about earnings or accolades. They are “making great art” if they believe they are, and intend to be.

Even if nobody “gets it.”

Even if nobody buys it or reviews it.

Even if nobody even reads it, it can still be “art.”

But things get complicated for authors who are writing popular fiction.

They still want it to be “good” – but is it really “art” if it’s written for a popular market?

And if so, don’t the qualifiers change?

You can say, I wrote this brilliant, artistic book that nobody gets. Then you’re a struggling, creative genius. You’re in good company.

But if you say, “I wrote this mermaid romance novel / European spy thriller / historical ghost story / dystopian time travel” the opaque and mystifying label of “art” doesn’t quite reduce the importance of critical feedback.

In popular genres, “is it art” and “is it any good” really have to rely on reader reception. Perhaps this is because, in popular genres, readers do know what they enjoy and they are allowed to have an opinion. In literary fiction, readers don’t really matter, because the majority of readers are uneducated anyway, and true art is controversial, and all of that.

In popular fiction, readers’ approval or disapproval of a piece of work is a valid indicator of the work’s quality. You can argue that a book with few reviews just hasn’t been marketed enough yet, and that’s possible, though one reason for few reviews is just that the book didn’t matter – it didn’t make enough impact, neither positive nor negative, to warrant a review.

Something is worth its trade value.

Since the meaning of art is confusing, I don’t think it should be part of the discussion around writing and publishing. It indicates that writers can be successful even when nobody is buying or reviewing their books. It rewards authors who finish writing books rather than writers whose books are appreciated.

And unfortunately, many people still believe something like that, and feel both proud and justified that their books aren’t selling, while also feeling insanely spiteful and frustrated of more successful authors.

But don’t assume for a second that “success” and “value” and “worth” are the same thing.

They are often used interchangeably to represent non-monetary forms of writing trophies.

We hear things like “if you’re a writer, you’re successful just for writing” or “everything you write is valuable, even if nobody reads it” or “you gain a lot of worthy things by writing, like peace or experience or happiness and confidence.”

Those things may all be true, but they will mislead you when you try to take your writing and go out and sell it to other people. Everybody might have been telling you how valuable or worthy your books are, and you’ve been assuming the non-monetary rewards you’ve been racking up will translate into actual revenue.

That’s when you find out the bitter truth – that your writing has zero worth, because you can’t get anybody to buy it. And the frustrating thing is, not being able to get anybody to buy your book may not at all be a reflection of your book’s quality.

Your book might actually have the potential to be a million-dollar bestseller, but only if it’s packaged and marketed the right way to the right people.

In other words, the value of your book is equal to whatever you can get people to pay for it, and how many people you can convince to buy it.

There are many literary purists who will get upset by this.

I’ll argue that intention does not significantly enhance the quality of the work.

Yes I write my books quickly, and I write them to entertain readers who enjoy a certain genre. For those reasons, some people will disqualify my work as art. Other writers focus on the writing and producing the best book they possibly can, and consider it art precisely because they intended it to be, and didn’t write for a market.

The assumption will be that their book is of better quality for that reason, but that’s a silly argument.

If I make sandwiches, for example, I have to make them for a client. It’s a business.

It will be functional – it will have the ingredients he wants and sate his appetite.

I could upgrade my business to making artisanal sandwiches. Now I only use gourmet ingredients. I charge twice as much and take twice as long. My sandwiches are beautiful and delicious, but still functional (they can be eaten and are satisfying).

You can do something well, of quality, to provide customers with an amazing experience, and still call it artisanal. In fact that’s the basic definition. This is “art” as it used to be, for most of human civilization. The making of beautiful and functional things.

That changed during modernism, when artists rebelled against both beauty and function, and “pure art” became “the act of creating something new.” It had its roots in romanticism, but remember the romantic poets during their time were called satanists. It took centuries for mainstream ideologies of art to shift.

In the fine art world, things had inflated value based on how new they were. Newness was the sole indicator of value. Function, or enjoyment, was no longer part of the equation.

It irks me to no end that contemporary authors passionately defend their right to produce art and say it is very valuable – even if nobody will buy it – without knowing enough about art history to realize this is a very modern understanding of art (and not a universal truth).

And that they are basically arguing, “my books have value because they are NOT functional” or at least they didn’t intend them to be functional. They hope readers will like or enjoy them, but they didn’t write for that purpose, so those are incidental benefits. Because this is true, so it is art. Whereas if I DID write to entertain an audience, it is NOT art.

It further frustrates me that millions of authors are writing the stories they want to write, and believe it to be art, and also believe that it’s the right way and the only way to truly have a successful book, when in fact, most successful authors, even those writing literary fiction, are writing with a market and a readership in mind).

I don’t really care what other people want to believe in, but when…

A) their beliefs are directly frustrating their desired outcome

B) they tell me the way I write my books is devaluing the “art of writing” in general, when my books are being bought, enjoyed and reviewed by actual readers

… it justifies a response.

Am I saying my works are art?

Am I saying you should do what I do?

Can you do all of that?

If not, it doesn’t matter whether your book is good, or bad, or “art” or not.

*I would add here, that I don’t support these ideologies of art, at all: I think art must have a social aspect. It must influence large numbers of people, and cause a change. Otherwise it’s just decoration, or merely functional.*

The problem is, authors are trying to write books from the modernist view of art as essentially non-functional, and are trying to sell them to readers for a specific function (the enjoyment of reading).

And because the authors never really considered reader enjoyment, their books fail to provide the one benefit that the readers were after.

Tags: branding, how to be a better writer

The Wife (a review of a movie about writing)

Making a living as an author (bestselling genres)

Are all creative people midnight owls? (dealing with insomnia as an artist or writer)