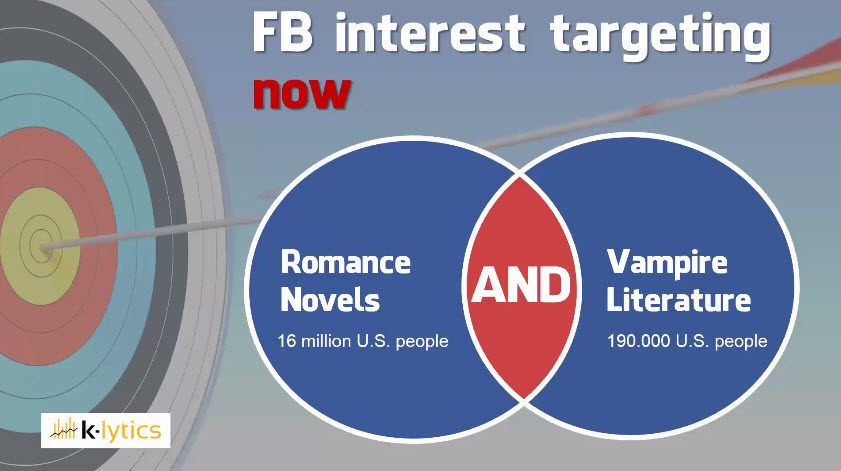 Groundbreaking new feature allows authors to use Facebook advertising much more effectively in 2016!

Just found out from K-lytics that Facebook advertising has changed and become SO much more effective for book marketing. Previously, authors could only set interests, and Facebook would advertise to anyone with any of those interests. 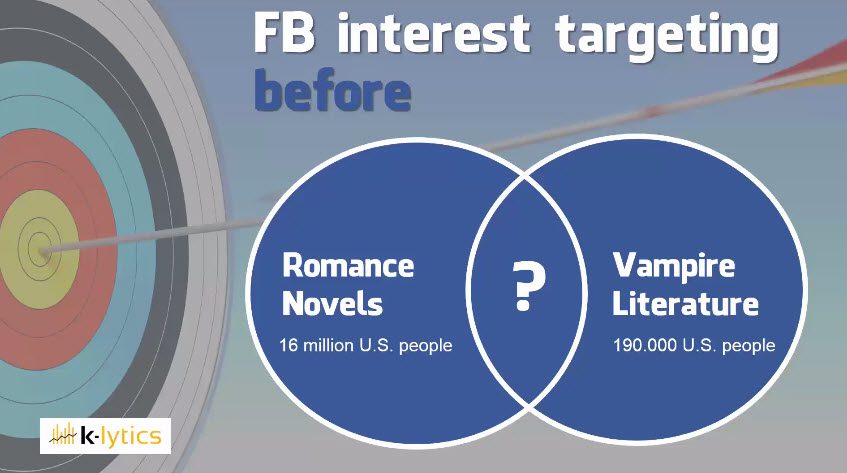 But that means you’re shotgunning your ad out to everyone, even though they might, for example, love Romance Novels but hate Vampire Literature. You’d be hoping to hit that intersection between them, but your ads would mainly be annoying or uninteresting to the majority of viewers – which is bad, because Facebook ads are MUCH cheaper if people are actually responding to your ad with likes or comments.

NOW, Facebook has introduced an “and” feature, so you can target people specifically in the overlap between different interests.

To learn the basics on conversion and Facebook advertising check out K-lytics video here.

What this means for you

Pay for cost per impressions, but make sure you’re putting your ads in front of a highly targeted group of people, and your conversion will go up (more clicks, more sales).

For example… I’m launching a YA mermaid romance soon on Amazon. I can not only show it to YA readers of a certain age who like mermaids, but I can even show it to people who have Kindle devices. That way I won’t lose people who click on the ad but then don’t want to shop on Amazon.