-part one of six-

The last few years have seen a flurry of publications and manuals to developing your creativity. Most of them focus on lateral thinking techniques. It is assumed that creativity is beneficial to everybody. But most people’s ideology of creative thinking is flawed, and mostly useless. You need to have a good idea first; you need to be trying to do something worthwhile. Creativity is what can help you overcome the boundaries you face in pursuit of your goal, but creativity can also be wasted on meaningless and inconsequential projects. I’ve read hundreds of books and studies on creativity, and I plan to reference a lot of them to lead you towards the new definition of creativity I feel will be most beneficial to you: making something that matters and has value. Below you’ll find some other people’s opinions about creativity, not all of which I agree with.

Creativity follows no rules and is original: 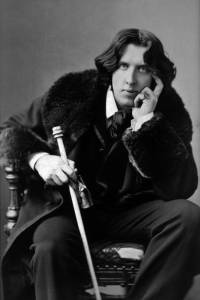 “A writer is someone who has taught his mind to misbehave.” – Oscar Wilde 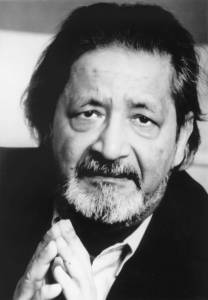 “Every serious writer has to be original; he cannot be content to do or to offer a version of what has been done before. And every serious writer as a result becomes aware of this question of form; because he knows that however much he might have been educated and stimulated by the writers he has read or reads, the forms matched the experience of those writers, and do not strictly suit his own.” – V.S. Naipaul 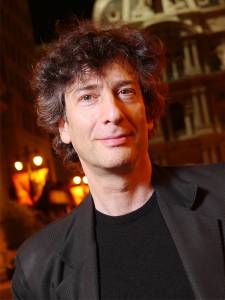 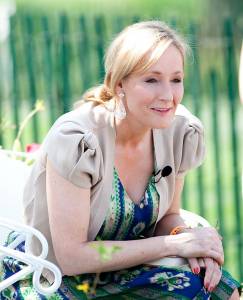 “I’ve no idea where ideas come from and I hope I never find out; it would spoil the excitement for me if it turned out I just have a funny little wrinkle on the surface of my brain which makes me think about invisible train platforms.” – J.K. Rowling

There are different ways to get your creative juices flowing – there’s no single, magical way: 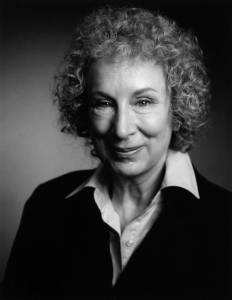 “When I am writing fiction, I believe I am much better organized, more methodical – one has to be when writing a novel. Writing poetry is a state of free float.” – Margaret Atwood 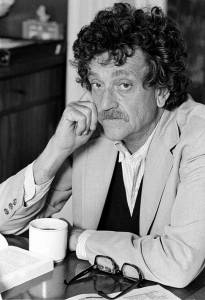 “When I used to teach creative writing, I would tell the students to make their characters want something right away – even if it’s only a glass of water. Characters paralyzed by the meaninglessness of modern life still have to drink water from time to time.”  – Kurt Vonnegut 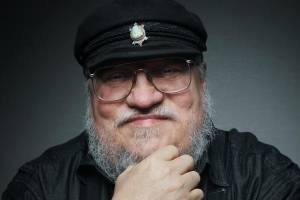 “I often said that writers are of two types. There is the architect, which is one type. The architect, as if designing a building, lays out the entire novel at a time… Everything is there in the blueprint. And then there’s the gardener who digs the hole in the ground… He has some idea of the shape but a lot of it depends on the wind and the weather and how much blood he gives it and so forth. No one is purely an architect or a gardener in terms of a writer, but many writers tend to one side or the other. I’m very much more a gardener.” – George R.R. Martin 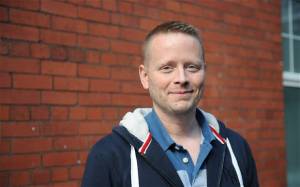 “You can’t force creativity. Some days I don’t feel like writing. I still write on those days – because I know I can go back and fix it. But if you’re struggling, sometimes adding a limitation – even if it’s arbitrary – will throw up new ideas.” – Patrick Ness

“Oh, how I loved writing poetry. Everything was full of angst, of course, but in my heart I knew that words were the key to expressing my creativity. Getting it all out there, and scribbled onto a piece of paper, took so much weight off my shoulders while growing up.” – Heather Marie, YA Writer 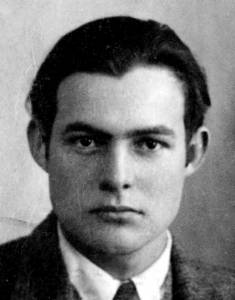 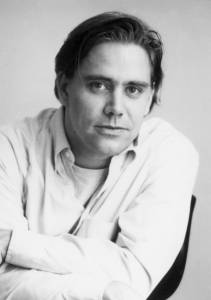 Stephen Chbosky, author of THE PERKS OF BEING A WALLFLOWER, published by Pocket Books. Photo credit: Pocket Books/Doug Keeve.

“The one thing about my life that’s different from others is that I wake up for no one, and for some reason, that’s just good for your creativity.” – Douglas Coupland

And if you feel like you’ve hit a creative roadblock, keep moving forward:

Nicholas Sparks, the popular Catholic romance novelist, is pictured in a 2010 photo. Sparks told Catholic News Service in a telephone interview that his faith animates a lot of what he does. The new movie “The Lucky One,” based on one of his novels, opens April 20. (CNS photo/Alan Markfield, courtesy Warner Bros.) (April 9, 2012) See SPARKS April 9, 2012.

“My biggest advice is that you need to write. Read and write a lot. You have to try again and you also have to realise that writing is mainly about editing, it’s all about going back and making sure that things are exactly right.” – Nicholas Sparks 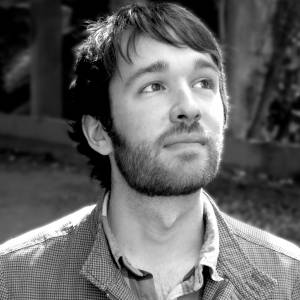 “That’s probably my biggest advice to writers: figure out what your motivation is, why you want to write, squeeze it really hard, and just finish a damn book. People spend way too much time thinking and and talking about “being a writer” and not enough actually writing.” – Isaac Marion (author of Warm Bodies)

“With six weeks’ worth of recuperation time, you’ll also be able to see any glaring holes in the plot or character development. And listen–if you spot a few of these big holes, you are forbidden to feel depressed about them or to beat up on yourself. Screw-ups happen to the best of us.” – Stephen King

“When one does a thing, it appears good, otherwise one would not write it. Only later comes reflection, and one discards or accepts the thing. Time is the best censor, and patience a most excellent teacher.”
― Frédéric Chopin 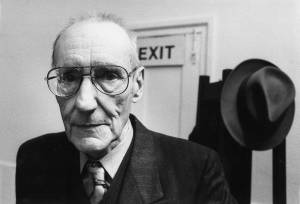 “You know, they ask me if I were on a desert island and I knew nobody would ever see what I wrote, would I go on writing. My answer is most emphatically yes. I would go on writing for company. Because I’m creating an imaginary — it’s always imaginary — world in which I would like to live. 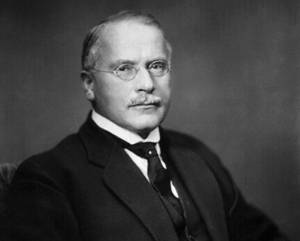 “Creative power is mightier than its possessor.”
― C.G. Jung 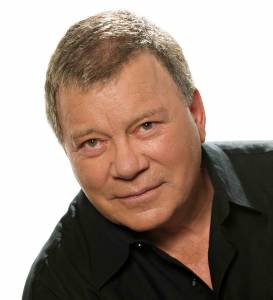 “Given the freedom to create, everybody is creative. All of us have an innate, instinctive desire to change our environment, to put our original stamp on this world, to tell a story never told before. I’m absolutely thrilled at the moment of creativity – when suddenly I’ve synthesized my experiences, reality, and my imagination into something entirely new. But most people are too busy working on survival to find the opportunity to create. Fortunately, I’ve been freed by reputation, by the economics of success, and by emotional contentment to turn my ideas into reality. I’ve discovered that the more freedom I have to be creative, the more creative I become.”
― William Shatner, Up Till Now 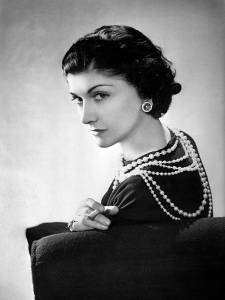 “There is no time for cut-and-dried monotony. There is time for work. And time for love. That leaves no other time.”
― Coco Chanel

“You have to be burning with an idea, or a problem, or a wrong that you want to right. If you’re not passionate enough from the start, you’ll never stick it out.” 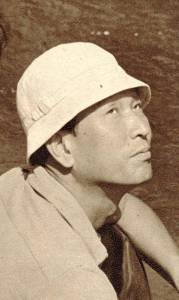 “To be an artist means never to avert one’s eyes.”
― Akira Kurosawa 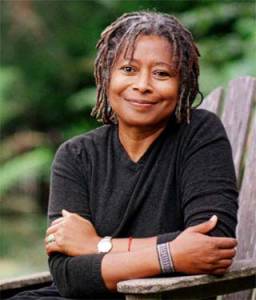 “And so our mothers and grandmothers have, more often than not anonymously, handed on the creative spark, the seed of the flower they themselves never hoped to see – or like a sealed letter they could not plainly read. ”
― Alice Walker 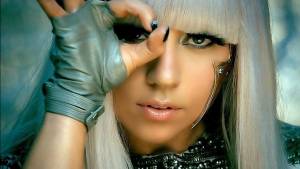 “Let the blood and the bruises define your legacy.”
― Lady Gaga 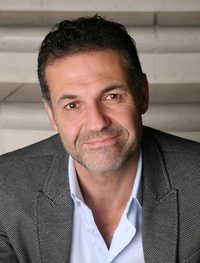 “A creative writing teacher at San Jose State used to say about clichés: ‘Avoid them like the plague.’ Then he’d laugh at his own joke. The class laughed along with him, but I always thought clichés got a bum rap. Because, often, they’re dead-on. But the aptness of the clichéd saying is overshadowed by the nature of the saying as a cliché.”
― Khaled Hosseini, The Kite Runner

“If you get stuck, get away from your desk. Take a walk, take a bath, go to sleep, make a pie, draw, listen to ­music, meditate, exercise; whatever you do, don’t just stick there scowling at the problem. But don’t make telephone calls or go to a party; if you do, other people’s words will pour in where your lost words should be. Open a gap for them, create a space. Be patient.”