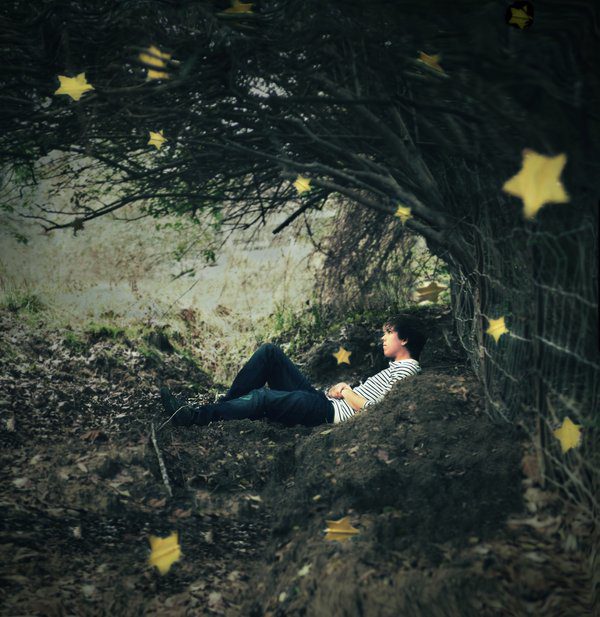 Can introverts be successful authors? How do you build a platform around your writing when you like to be alone 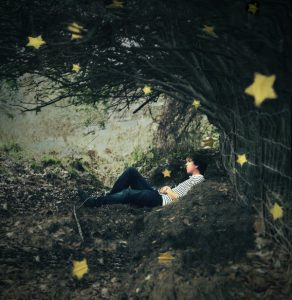 I have a suspicion, or maybe more like a prejudice, that all the best writers and artists are introverts. We are proud and independent, we like to spend time on our own with our own ideas, we excel at keeping ourselves entertained with the creative production of our own worlds.

I distrust extroverted writers and artists, because they probably spend more time being social and not enough time practicing their craft and getting better (like I said, it’s a prejudice – I have friends who are creatively brilliant extroverts).

This conflicted self-image is one of the reasons I loved Susan Cain’s Quiet: The Power of Introverts in a World That Can’t Stop Talking.

“America had shifted from what the influential cultural historian Warren Susman called a Culture of Character to a Culture of Personality— and opened up a Pandora’s Box of personal anxieties from which we would never quite recover.”

Introverts… “listen more than they talk, think before they speak, and often feel as if they express themselves better in writing than in conversation. They tend to dislike conflict. Many have a horror of small talk, but enjoy deep discussions.”

“The artists whose work adorns the walls of contemporary museums strike impressive poses at gallery openings. The authors whose books get published— once accepted as a reclusive breed— are now vetted by publicists to make sure they’re talk-show ready. (You wouldn’t be reading this book if I hadn’t convinced my publisher that I was enough of a pseudo-extrovert to promote it.)”

“Nor are introverts necessarily shy. Shyness is the fear of social disapproval or humiliation, while introversion is a preference for environments that are not overstimulating.”

I like how Susan brings in science to defend introverted traits like working alone: “evidence from science suggests that business people must be insane to use brainstorming groups,” writes the organizational psychologist Adrian Furnham. “If you have talented and motivated people, they should be encouraged to work alone when creativity or efficiency is the highest priority.”

Stephen Wozniak agrees: “Work alone. You’re going to be best able to design revolutionary products and features if you’re working on your own. Not on a committee. Not on a team.”

(I’m great at working by myself, or completely dominating a group with my ideas. I’m terrible at passively following another leader with poor ideas.)

What is the introverted author to do?

If you’re introverted, you have the advantage that you prefer to stay home and play by yourself – so as long as you’re disciplined, you can get really good at writing. But you also may be more careful to get things right and make things really good. You might self edit too much. What you need to do is finish something and put it out there for feedback. This is hard. Your first book may not be very good.

Get feedback, learn, write another.


This isn’t really hard for introverts. We tend to be good with words and clever. We may be socially awkward, but we’re also better at making real and deep connections with people. You’re also primed to excel at the new marketing – rather than soapboxing yourself and talking about your book all the time, you bond with people by sharing common interests and passions. Don’t talk about your book. Find somebody online who likes the same TV dramas and bond with them. Find something in common. Don’t retweet – reply and give feedback. Help people out. Try to connect/talk to one new person a day. You won’t get along with everybody, that’s fine. Focus on a few people with platforms or following who you admire and think you would get along with. Make it happen.

Susan says: “The same person who finds it difficult to introduce himself to strangers might establish a presence online and then extend the relationships into the real world.” Definitely – make connections, then find a way to meet up in person. Real bonds are formed hanging out doing nothing. Not pitching or selling, just sharing a moment. Try to be somewhere other online friends will be (conference, meetup, event, etc).


(I think this passage is from “Quiet” also, but some may be my notes):

“People who pass us on the street can’t know that we’re clever or charming unless we we look it.” Magnetic, fascinating, stunning, attractive, glowing, dominant, forceful, energetic. The same person who finds it difficult to introduce himself to strangers might establish a presence online and then extend these relationships into the real world.

If you’re an introvert you probably planned to stay home in your sweats and you don’t really care how you look – but then if you happen to go out for milk and run into that other guy who’s crushing it online, you feel like an idiot. Prepare for extraordinary things to happen to you. Every day think, “today I could run into someone who could change my life.” Since you probably won’t make a good impression (since you’re not so good at small talk or responses or chatting) at least you can look really amazing and professional. Plus, dressing up will boost your confidence and increase your social skills.

4. Focus on what you’re comfortable with

This may be bad advice… I know I should be making video blogs of myself speaking, because A) it’s amazing for marketing and B) I don’t feel comfortable doing it, so I should do it just to learn, grow and expand my abilities and comfort zone.

But screw that. I’m a much better, much faster writer and not a very strong public speaker. So I’m focusing on blog posts, because I enjoy them and I’m pretty comfortable with them. Doing something is better than doing nothing – and trying to make yourself do something uncomfortable will end up in  a lot of stalling and procrastination. Figure out something you can do that feels pretty easy for you.

Tip: When I started working on this blog, I didn’t imagine that people would be reading it. I know you’re supposed to imagine you’re writing for the world, for a big audience, but that probably would have given me stage fright and I may have posted less.

Now I write just like I’m writing notes in my diary. I write the way I’m used to writing – for myself. I write like I speak – casually. I say “awesome” too much and it’s a lazy adjective. But I’m not writing high-brow fiction, I’m just sharing tips that could help somebody reading them.

5. Being socially awkward is the new cool


Seriously. Susan Cain is beautiful and clever, but about 20 years behind the times. She says “”Introversion— along with its cousins sensitivity, seriousness, and shyness— is now a second-class personality trait, somewhere between a disappointment and a pathology.”

But I don’t think that’s true. Pay attention to the internet memes and our favorite new TV shows in the past few years. I can think of at least 5 shows that star a brilliant (photographic memory or other cool skills) but extremely socially awkward main character. Think “house” or “Sherlock Holmes.” Ok Ok, they aren’t introverted, just socially awkward and comfortable in their own skin being weird.

But “geeks” and “nerds” have become cool. It’s cooler to say “I was so unpopular in high school” than the reverse.

Being socially retarded, having foot-in-mouth disease, being too shy, is rapidly becoming more than socially acceptable (at least online, where it doesn’t really exist). It’s easy to say “I’m an introvert” online and get a thousand likes. But go to a party and you’ll just stand by the wall and nobody will know anything about you.

So it’s fine to be who you are. And if you’re writing fiction, most famous fiction authors are recluses anyway – never giving interviews or appearing in public. It’s different if you’re writing non-fiction and want to make a platform for yourself as a speaker (but if that’s your plan, you probably aren’t an introvert).

Don’t believe me? Watch this awesome video of Jennifer Lawrence accepting an Oscar. She’s not polished and dazzling. She tripped coming up the stairs, talks about being shy and is generally a nerd and goofball – and she’s freaking incredible. Totally real.

I have a crush on Jennifer Lawrence today cuz I just watching Hunger Games: Catching Fire, so here’s another one.

She’s probably not really an introvert at all. She’s just weird, but that might have made it hard to make friends as a kid, so she may have some social anxiety issues. She’s fun to watch. David Letterman is like “What is she talking about!?”


What do you think? Do introverts make better writers? Is introversion a limitation for book marketing?


The amazing photo up above is from Emily White’s Deviant Art Page.

I wrote a free book with all my best book launch and marketing tips - if your book isn't selling and you're not sure why, this will definitely boost your sales. There's even a free video series walking you through the 3 secrets, and a haunted castle tour. Totally free. Get it here.

Hey there! I'm a philosophy dropout and book cover designer with a PhD in Literature. After spending a decade as a starving artist, I vowed to create the life of freedom my restless spirit demands. I covet a cabin full of cats, where I can write young adult fantasy novels and do a few editorial critiques to pay for my cake addiction. Sometimes I live in castles.

Under Construction - Back Soon!
Hello there! I am a bestselling author. Originally from Oregon but in Taiwan.