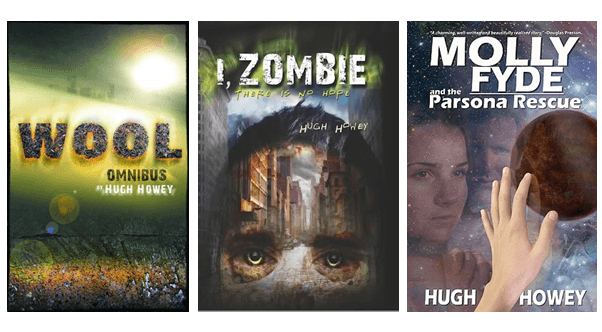 Can Hugh Howey teach us anything about book cover design?

Today I saw that Hugh Howey had posted an article on book cover design.

Hugh Howey is one of the most successful self-publishing authors in the world. He started out with pretty unprofessional book covers that embody the design tastes of most indie authors (they focus on scenes and symbolism and details, instead of being simple and powerful).

His new covers, for the books being done in print since he got picked up by traditional publishers, are awesome. But in the article on book cover design, he doesn’t show any of them. Instead, it looks like he’s chosen to show some of the ones that he has had more control over; the ones where he had some impact on the designer, they did what he wanted, so he thinks the covers are really cool.

He wants book covers to be “iconic”, saying:

And even if they are bad covers, they show the direction I’m thinking cover art should go.

Here are the ones he refers to. (The box looks tiny here, but it’s actually a book shaped white rectangle with no border, then a small box in the middle. No author name). 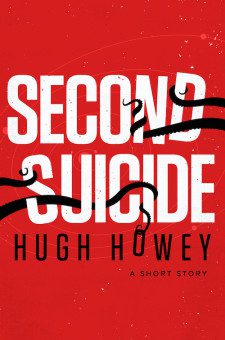 Second Suicide, above, is pretty good… the rest aren’t. I’m sure his books are doing well anyway; but I’m also pretty sure I could double sales by remaking his covers for The Box and Beacon 23 (if you’re reading this, Hugh, I’d be happy to do it for free as an experiment).

Actually, Hugh redid these covers and they’re all great now… Beacon 23 was remade by MS Corley.

But I’ll leave the rest of this article here, just food for thought.

As an example, Hugh publishes a book with just the art and no title name or author name. 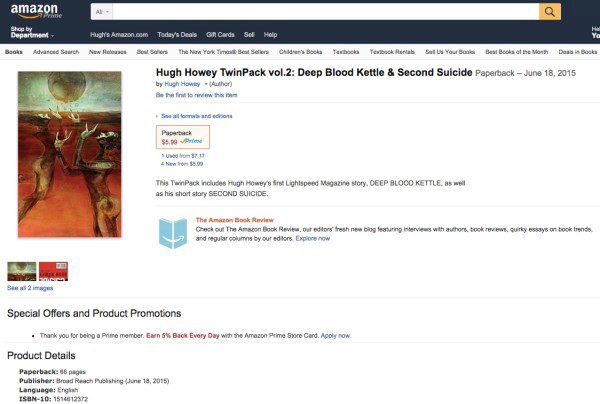 It’s fun that Hugh Howey can play with covers and take big risks like this.

It’s awesome that his first books became successful even though they started with really bad cover art. It’s important to have this conversation, since covers impact sales – especially in the beginning when you’re starting from no platform.

So indie authors need to consider which cover is going to help their books get over that first hurdle; attracting the first few readers into the story without scaring them away with unprofessional book cover design.

And I think Hugh Howey can teach us a lot about book cover design, but not by sharing his design instincts (fun and artistic, creative like his books, but making a statement about the author, rather than conforming to industry design standards based on what actually moves books).

If you’re rich and writing as a hobby, have fun! Be creative! If you’re publishing books and want to get rich and write as a hobby – make your book look like a bestselling book in its category, not like a wacky indie published unusual book.

Here are some of Hugh’s early covers – I,Zombie is, I think, still being used for that book. All three of these are strong intermediate covers – which means; they took “ideas” and executed them well. But they’re too busy, and not very strong. (OMG, I just noticed the Molly Fyde cover has Hugh Howey lurking in the background… or seems like it).

This was the first Wool cover I saw. 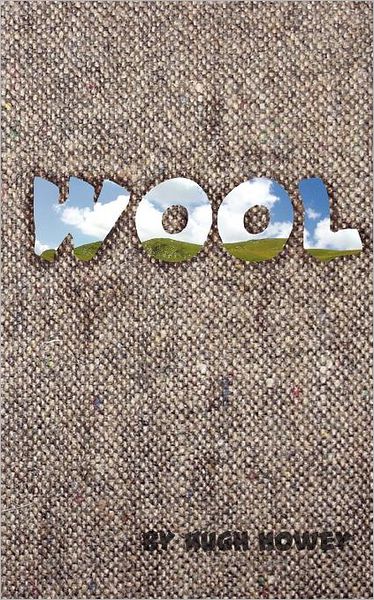 It’s almost silly. But I get it: steel wool, then a wiped off window scene with clear skies and green grass in the background. It’s conceptual. It makes sense after you read the book, but doesn’t sell the book to strangers. It’s not attractive, and doesn’t give me enough information on the setting and genre. (In the Kboards article, Hugh refers to this cover saying

“Then again, maybe it’s a bad idea to listen to the guy who came up with this cover.”

This one, I think, is a fan fiction makeover. 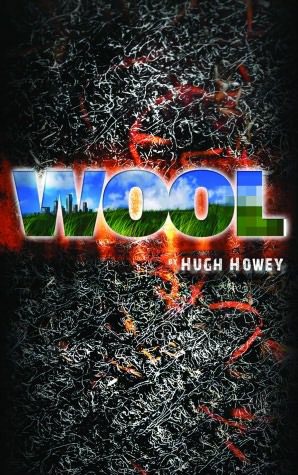 This is what you might get if you hire a designer and tell them what to do. It’s well done, professionally designed, but still fails as a cover. Too much contrast, too much going on, almost cool looking but still doesn’t do a good enough job of conveying the essential information.

Now here’s the remake after it got picked up by Simon & Schuster. Most authors might say “But doesn’t say anything about the book!” That’s true – the grass and blue skies and steelwool are gone. But the cover’s job is not to explain the details. The cover’s job is to attract readers and tell them that this is a GOOD book (with professional design).

The colors and texture do all of that, and also convey the genre (sci-fi/thriller/dystopian). Once the cover has got your attention, and you slow down to check it out, they’ve added some “details” on the front – not about the book, just credibility boosters so you’ll take it seriously.

And also the tagline, missing from the first covers, “If the lies don’t kill you, the truth will” – so you know it has violence, murder and conspiracy. 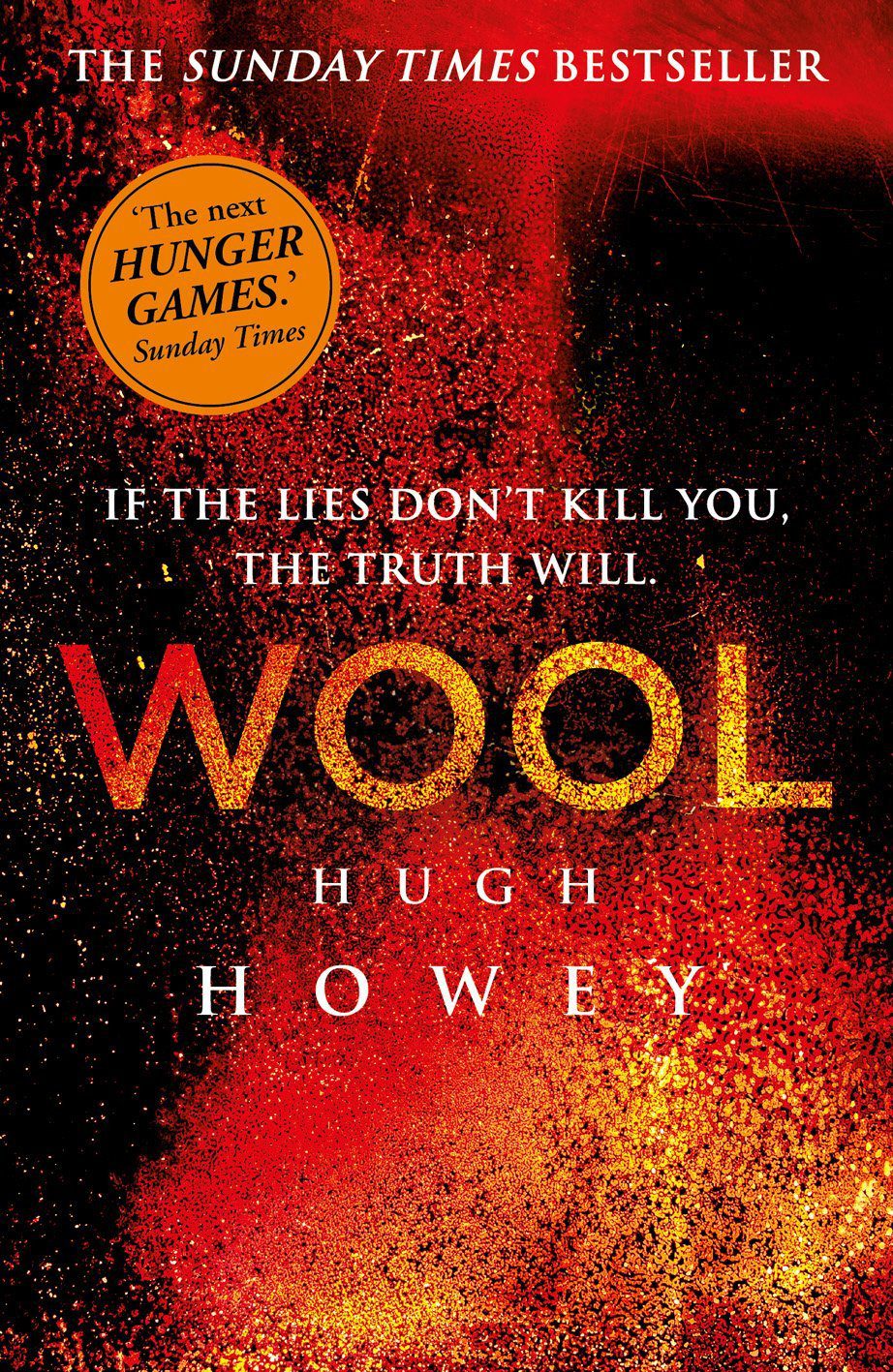 This version (below) has a blurb on the top from SJ Watson of When I Go To Sleep: 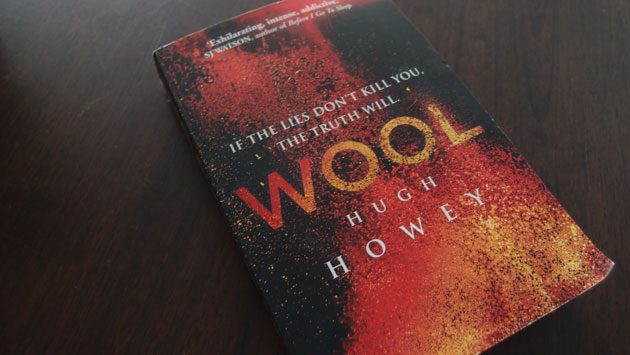 Here’s an early HalfWay Home cover. It looks like a homemade or very cheap cover (I think you could get a better one these days on Fiverr.com). 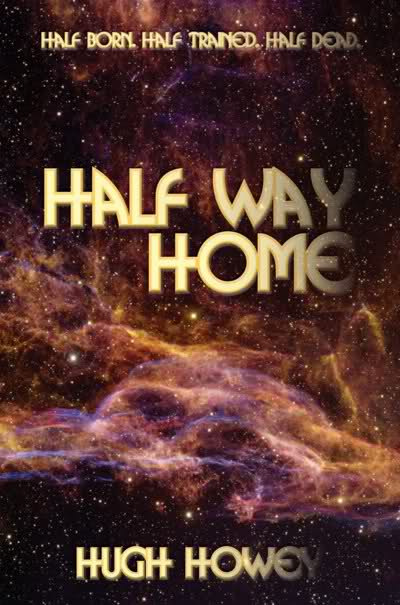 Here’s a reboot, much better design, but just doesn’t quite work (no focus, split between the title text, too much attention on the author name via the bright yellow…) The title font also looks amateurish to me. This is the kind of cover that most indie authors would LOVE to have, because it looks cool and glossy and 3D and awesome… and probably used some of their ideas (the slight reflection of character faces in the water… conceptual. 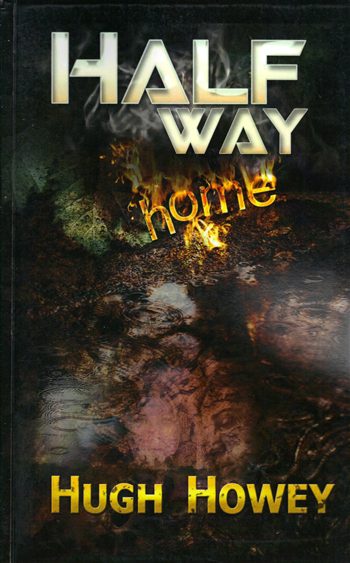 Here’s another I found… maybe the original? Maybe fan art? Nice pics, but poorly done text, and the picture doesn’t really reveal the scifi genre; people would mistake it for a murder thriller. 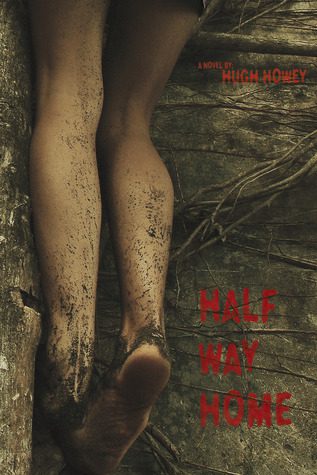 But here’s the reboot – one of my all time favorite covers in the Hugh Howey collection. 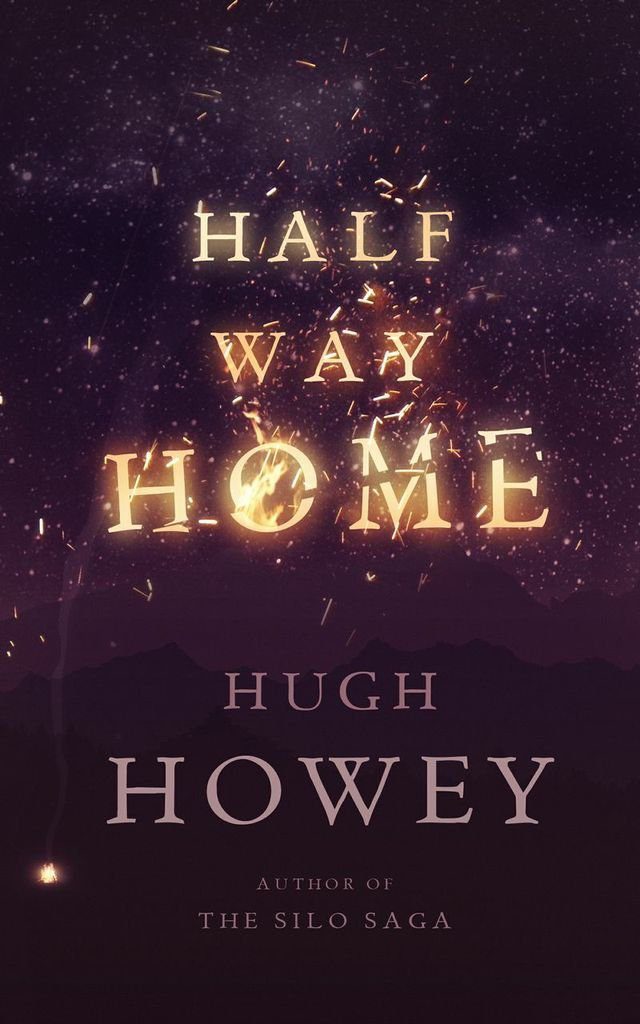 Here’s an earlier version of Hurricane; again, conceptually clever, but not strong as cover art. 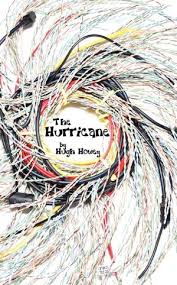 Here’s the remake. The remake hints at the digital and adds the important tagline – the essential crux of the story – “What if your entire digital life vanished tomorrow.” 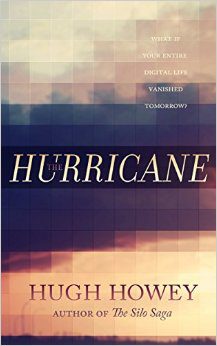 This one, I think, is the original Molly Fyde cover. 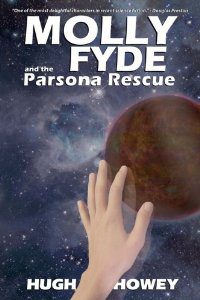 Simple background, all conceptual, not great text. A little cheesy.

These were the other covers in the series. 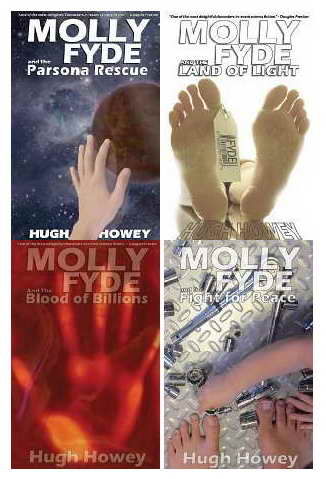 This is the reboot. I don’t love these – I don’t think illustration is great for fiction/novels, except for children’s books. If Molly Fyde is aimed at 10 to 13 year olds, it’s great. If it’s aimed at teenagers, not quite as good. But… it’s really hard to find good stock photography of spaceships and aliens, so sometimes illustration is what you have to use. 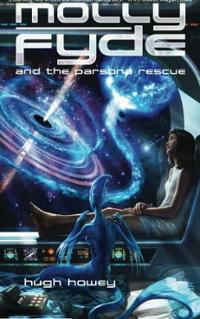 This is another version. I think the newest one.

Nice, shiny text on the author name, but I don’t like the fantasy script on the title. Or the illustration. Still, pretty good, clean, strong, definitely professional, and mostly appealing. 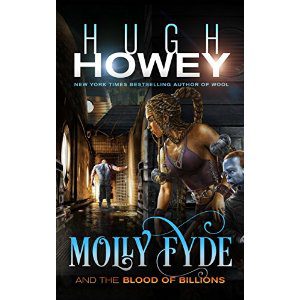 Compare that again with the two covers Hugh Howey used for his latest short stories – the covers he’s showcasing as he recommends that other indie authors follow his lead.

I think you should publish with what you have; you should be publishing shorts, and you should get the best cover you can with the means available to you. But even if you have zero budget for cover design, you can do better than this, if you understand the principles of designing covers that sell books.

Hugh Howey writes books that sell books; so making covers that sell isn’t a big issue for him. But for most frustrated self-published authors who can’t get anybody to give them a chance, review their books or even respond to their emails, covers like these are far more certain to foil your efforts than to support them. You can still be successful despite amateur covers, but why work so hard?

Ultimately, the best cover is the one that sells the most copies (to the right readers). 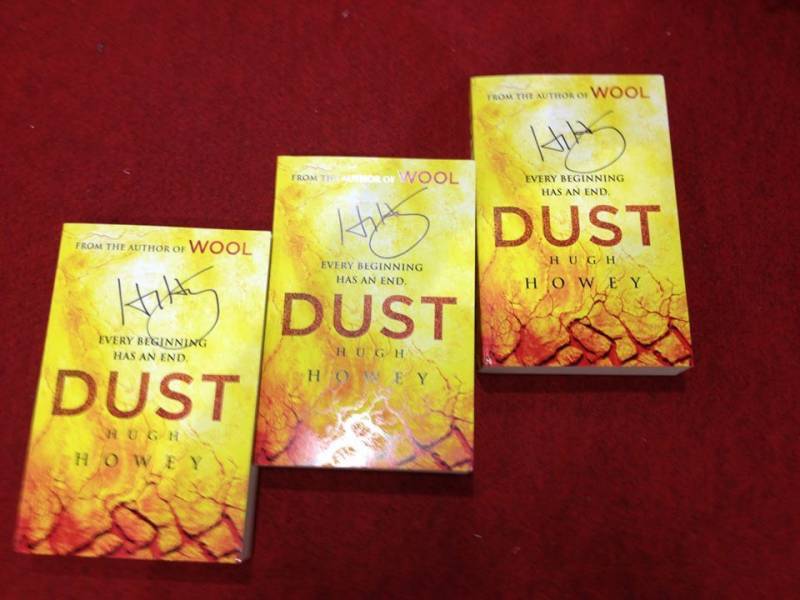 It was hard for me to write this article, since I’m a huge Hugh Howey fan. And I love how much he’s continued to help indie authors and be a champion of self-publishing. And of course I’m only talking about cover designs – his books are amazing.

I’m going to start writing Silo and Sand fan fiction soon for Kindle worlds (incidentally, here’s one of the covers I’ll use). 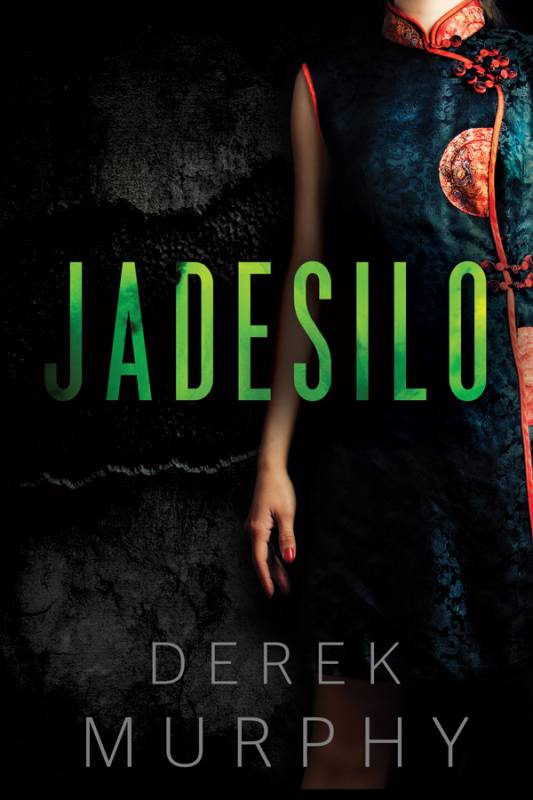 My dream in life is to write books of high enough quality, and sell enough copies to prove their value, to earn a blurb from Hugh Howey.

I actually have two signed copies of Dust I had him sign for me at the Taipei Book Fair last year. I’m going to give them away to the first two people who can help me answer a question I’m stuck on about the Silo series:

The story concludes with the people digging out from under the nanobot storm, reaching abundant nature. But didn’t the world end because nanobots killed everybody off? Except the people in the silos? Couldn’t people in other countries have hidden underground as well, then come out whenever the killer nanobots shut down or turned off?

I’m also happy to hear your opinions or ideas about book cover design below.

Update: Hugh also wrote a post over on Kboards, here. In that post he shares a bunch of nice covers, and then his new ones. It’s also worth pointing out that Hugh is doing an awesome job of content marketing: he’s posting tips about cover design that incidentally share his new books – instead of saying “Hey everybody, go check out my books!” You could learn a lot from this. Find something you can comment on; even if you aren’t an expert. Broaden the discussion and try to add value – not just share your book and hope people check it out.

Under Construction - Back Soon!
PhD in literature. I hoard kittens and popcorn. Not cut out to work for a living.