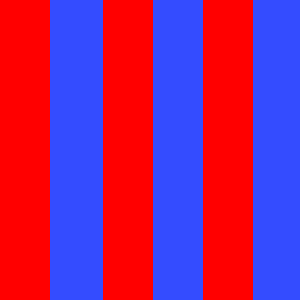 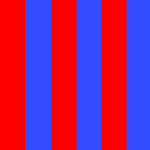 I know one of the biggest challenges for writers is A) coming up with creative ideas for their writing and B) going back through their writing to self-edit, rewrite, improve and restructure. These are vastly different skills which need vastly different mind-sets. But there’s a simple and easy trick you can use to switch between them.

I’m reading Imagine, How Creativity Works by Jonah Lehrer, which re-introduced me to research I’d heard about before but had never applied:

Psychologists at the University of British Columbia were interested in looking at how various colors influence the imagination. They recruited six hundred subjects, most of them undergraduates, and had them perform a variety of basic cognitive tests displayed against red, blue, or neutral backgrounds.

When people took tests in the red condition, they were much better at skills that required accu-racy and attention to detail, such as catching spelling mistakes or keeping random numbers in short-term memory. According to the scientists, this is because people automatically associate red with danger, which makes them more alert and aware.

The color blue, however, carried a completely different set of psychological benefits. While people in the blue group performed worse on short-term memory tasks, they did far better on those requiring some imagination, such as coming up with creative uses for a brick or designing a children’s toy out of simple geometric shapes. In fact, subjects in the blue condition generated twice as many creative outputs as subjects in the red condition.

It’s fascinating that this works, but more interesting that none of us are actually using it with real day-to-day problems. It’s about time we started.

A very easy way to do it is to switch you desktop background depending on what kind of task you’re working on. (Although – if you need to be creative, staring at your computer screen is not the way to do it… it would be better to take a nap, take a shower, or take a walk). But maybe you’re in a job, at your desk, and you need to get a lot done, but a lot of problem solving that demands lateral thinking – switch your desktop to a nice blue background.

For those other tasks, for which you need to be alert, focused, and pay attention to small details (such as editing your own book), switch your desktop background to red. Yes it’s uncomfortable and makes you anxious and edgy – it’s supposed to do that. Accuracy is more important than your mood or comfort for these tasks, you don’t want to feel relaxed but have typos in your manuscript.

Keep your task window small enough that you get a background “border” of color. If your monitor is too small, try making a colored-paper frame for your monitor.