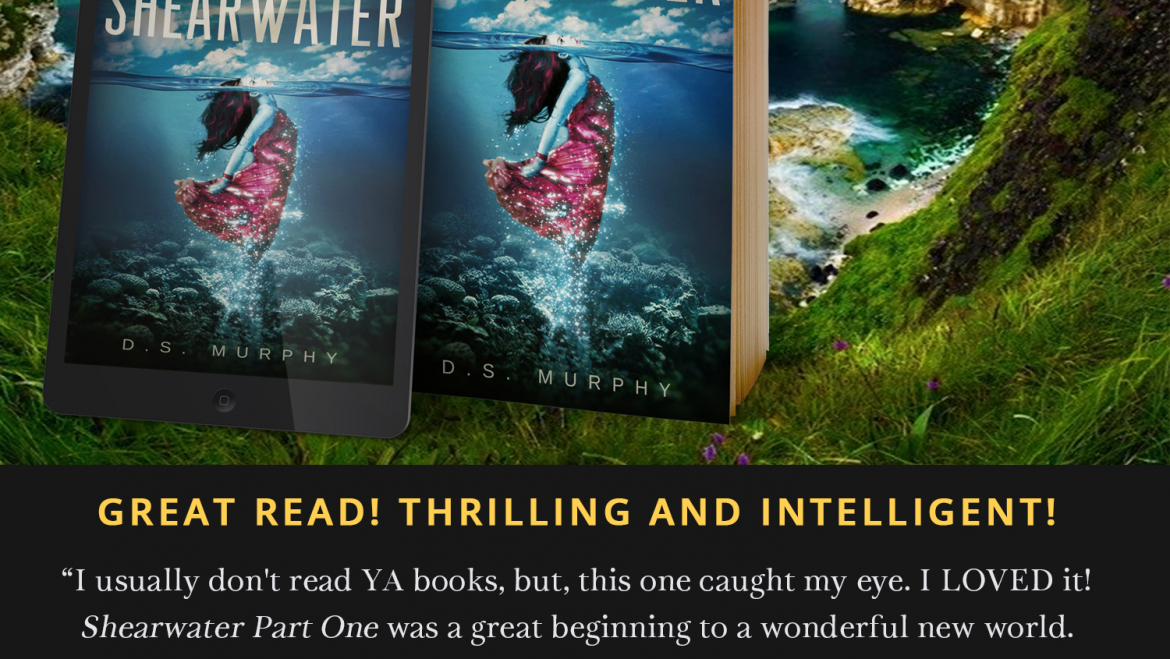 How to use your book’s back matter to MASSIVELY boost your fanbase, get more shares, and explode your platform.

So my books are doing pretty good; I’ve moved Shearwater to permafree and got over 5,000 downloads this month. But that made me realize I was probably missing a MAJOR opportunity to connect with those readers, so I checked my back copy (the material at the end of my book) and found it seriously wanting.

I also realized, most of my readers were younger and on iPhones (I discovered, iBooks mostly has younger readers getting free books on their iPhones; they’re more tech savvy and more likely to reach out and contact me/interact…)

I had an offer (get the next book for free) and a link to my email sign up, and a thank you, and I asked for a review.

But that was pretty much it, and it was just text.

Here’s what I changed.

Firstly, it ended with “A note to the reader” which was super boring, I changed it to “Thanks so much, you’re a rockstar!”… and then…

For Twitter and Facebook; for Amazon, I went to my book page, right clicked on the share icons (right side) and copied the link, then added those to a couple image share buttons. I also added a bit about, if they help share I can write my books faster.

I added a nicely designed image with some reviews they can download and share to Instagram. Even if they don’t share it, the nice design leaves them with a nice, visual impression of the book. 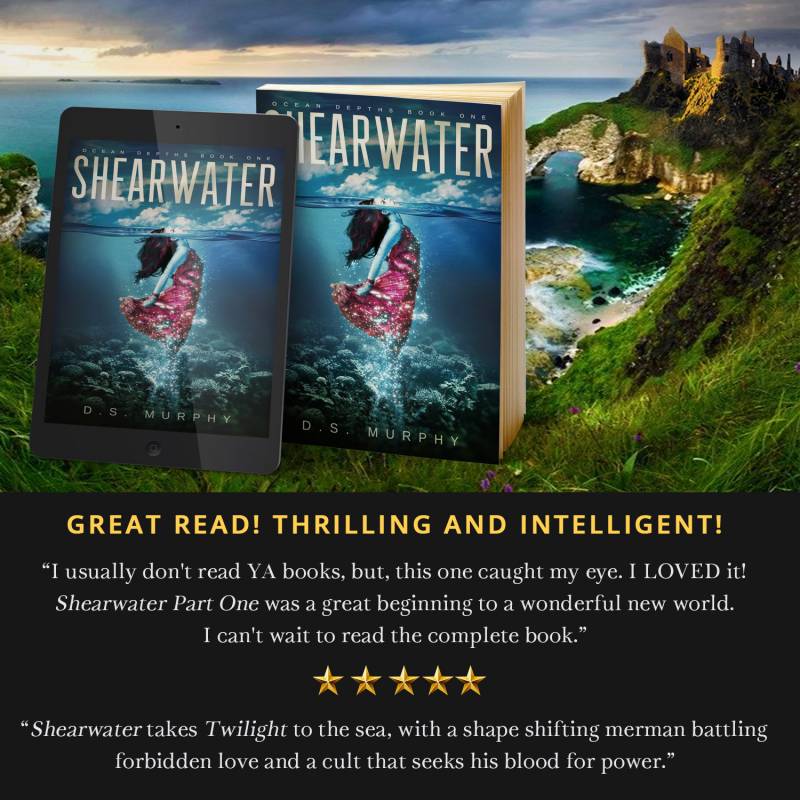 I just took a screenshot of my profile/button on Amazon and linked it to my Amazon author page. Apparently getting more followers on Amazon is HUGE for books launches (because Amazon will send an email out, and I think followers affects ranking… Amazon won’t tell you how many followers you have, but it can’t hurt to have more. I’d rather have them on my email list, probably, but I can ask for both and people can do what they’re comfortable with.

“You can also follow me on Amazon and get notified when I publish.”

I don’t think I even had an author bio, which was stupid…

I shortened mine to this:

Hi there! I’m Derek Murphy; I’ve lived in Argentina, Malta and Taiwan, and am now working on my PhD in Literature. I’ve spent the last 10 years designing books for other authors; now I’m devoted to just writing my own books full-time (I’m not quite there yet but I’m getting closer!). I move around a lot and mostly stay in castles, preferably filled with books and cats.

Then I decided to include a montage. One picture won’t make as much impact or communicate as much as all of these; I want them to connect my name to my face and get a sense of who I am, quickly. A photo montage is actually a much easier and faster way to do that than a long bio. I also decided to use candid pictures, instead of the more professional glamour shots I usually use (which are probably pretentious anyway).

I also changed “More About Me” to “Let’s be friends!” 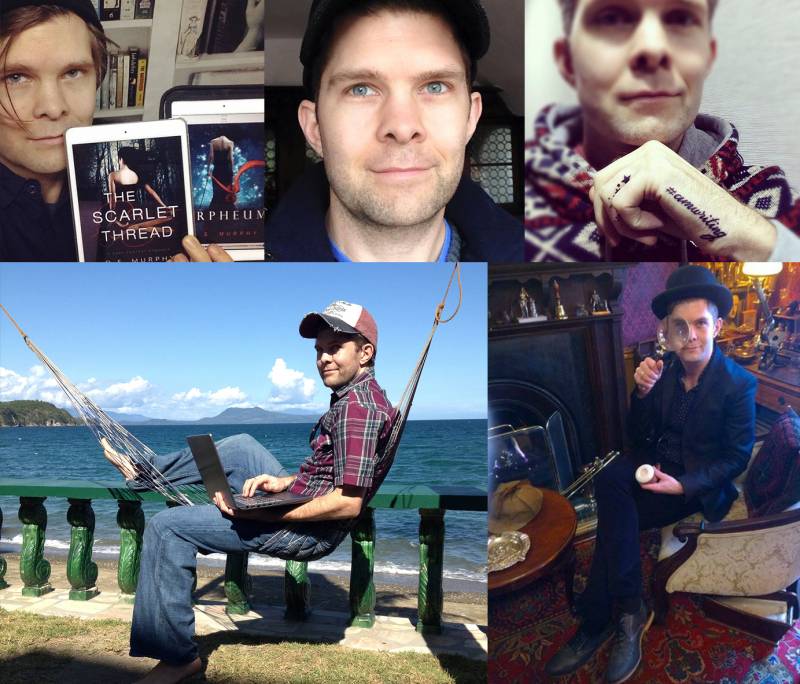 I also had a lightning strike today concerning my funnel.

Part One of the first book in each series will be free, and wide (on all platforms and distributors).

The goal being, to reach as many readers as possible, get them to follow me, sign up for my books, and/or share Part One; and also, with the pictures and bio, to build a quick point of resonance, so they’ll remember who I am.

I’ll email everyone when Part Two is up (not sure yet if I’ll put it on Amazon at all, or just the full Book One… when Part Two is out, I’ll want all my followers to review the full book, not just Part Two). But once all the Part Twos are out, I’ll modify these Part Ones with a link to download Part Two immediately.

The link will go to my site, where they’ll have to “share to unlock” before they download Part Two (probably instead of asking them to Share inside the ebooks, I’ll just say, “Download Part Two Now!” and link/button to my site, where they have to “share to unlock” to get Part Two (I can either give them the file, or more probably, they’ll get taken to another page where their will be the links to Part Two on various sites.)

That part is still a little confusing…

I may also take the 5 Part Ones and put them together in a Starter Library, so people can sign up to get 5 free books (then click to unlock, then links to the Part Ones on Kindle and iBooks… because I’ll want them to keep the ranks up).

Anyway I’ll have that funnel set up, which will run on autopilot.

I should be able to get 10,000 downloads a month, which should lead to at least 1000 email subscriptions/month from the 5 free books (and I’ll add more free books later, for more series, so that could double).

The reason being, when I eventually launch books 2 and 3 of each series, and they’re paid, I’ll be able to launch HARD, get hundreds of reviews, and keep a stick rank, long-term. 10 series, at 3 books each = 30 books, but I’ll give 10 away for free. If I get 10,000 downloads a month, even if I get a tiny 1% to buy 20 books at 2.99, that’s almost $6000 a month. I actually think that’s really conservative, based on my current sales figures which are already good, and it doesn’t take into account all the sharing.

Some of these are good ideas, but I don’t actually still use all of them… I’ve mostly settled on a simpler call to action in the back – the one that works best is “keep reading for free: sign up to my list and I’ll send you the next book/part 2 when it’s read. You’ll also be entered to win this awesome prize…” – then I send them to a giveaway page, so they can enter to win the giveaway, which prompts them to share for more entries.